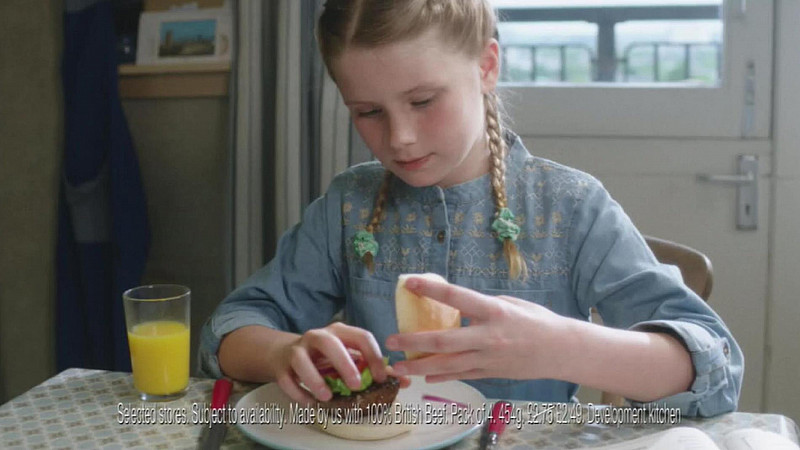 Image from the now banned advert

Bradford-based supermarket chain Morrisons has found itself in hot water with the advertising watchdog over a salad garnish.

One of its TV ads has been banned for promoting bad eating habits to children after the Advertising Standards Authority this morning ruled it encouraged poor nutritional habits.

The ad showed a mother preparing a burger for her daughter, who was just home from school. On receiving the burger the girl immediately discarded the salad, tomato and onion. She then grinned as she prepared to eat.

The Advertising Standards Authority received 11 complaints that the ad condoned or encouraged poor nutritional habits, an unhealthy lifestyle or disparaged a good diet, especially in children.

The ASA said that the ad gave the impression that the girl was so keen to eat the burger on its own that she immediately removed the salad.

In addition the ASA felt that she discards the salad in a “careless manner”, suggesting she had no intention of eating it later.

“Because we considered the ad placed an emphasis on the burger being the preferable option to the salad, we concluded it condoned poor nutritional habits or an unhealthy lifestyle, especially in children, and that it disparaged good dietary practice,” ruled the ASA. “The ad must not be broadcast again in its current form.”