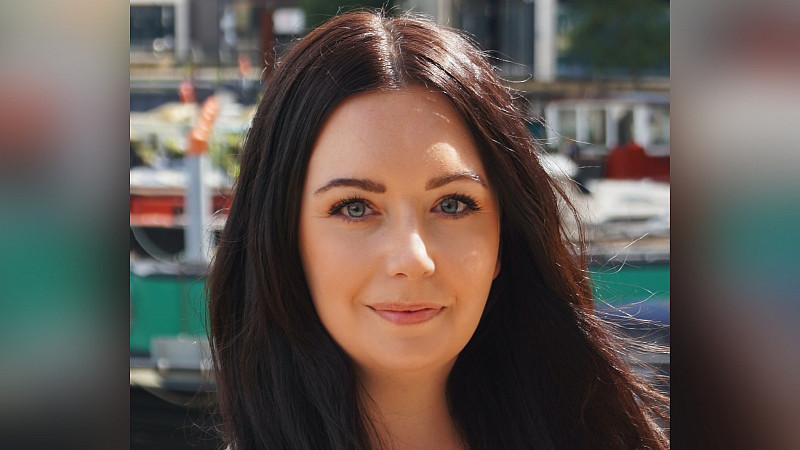 Victoria leads digital PR at Hatch, the Leeds-headquartered agency which recently won the Prolific North Marketing Award for Best Use of Twitter in a Campaign.

Hatch specialises in PR, social media, content, events and sponsorship activation, and has completed work for brands including Ketel One Vodka, Remington, and PHD Nutrition.

Tidmarsh joined Hatch in 2018 and took up her current role earlier this year. Before this she was at both Epiphany and Jaywing, and is a host on a popular Leeds United FC podcast.

We found out the lessons her career has taught her.

It’s hardly groundbreaking, but an effective to-do list process is the difference between me being productive and chaotic.

Although it’s constantly changing, I start each day by reviewing my weekly list and emboldening the priority tasks and projects. It’s really easy to see everything as a priority and end up achieving nothing, so I simply make myself decide what success looks like on a day-by-day basis.

It keeps me focused and there’s no better feeling than crossing something off a list! While it doesn’t fit with the work-life balance ethos I’ll mention, I also find I’m way more engaged in looking at industry news, trends, and conversations at around 8:30pm, so I spend about ten minutes or so each night just catching up on what everyone’s been up to.

While I’d been working in PR and content marketing for a few years, I had no agency experience when Epiphany (RIP) offered me a job as a Digital Media Manager.

It was hugely daunting because I was going from a pretty small in-house team in York to this huge agency in the bright lights of Leeds, and let me tell you, imposter syndrome was rife for a good few months after I started.

But they truly were experts across each division and I learned quickly. Now, I’m in a position where I was taught by the best in the industry, who themselves have gone on to start to lead some of the biggest agencies in the country, and I’ll always be grateful to them for taking a bit of a punt on me.

So while I must have done a decent job in the interview, I still think there’s an element of luck in there being nobody more qualified than I was that wanted that role!

As hard as we try, sometimes our plans for clients just don’t work out. In a previous agency, one client - who had a substantial retainer with us - was particularly challenging for a number of months despite what we felt was positive growth, often verging into personal attacks on team members.

After the powers that be decided to end the relationship with said client, it really cemented my determination to work in partnership with brands who share my teams’ values and ideas of success, as opposed to solely chasing the bigger budget opportunities.

So while we never want to end up in a situation where a client is dissatisfied, failing to succeed in a way they wanted to ultimately only served to make the team and I more dedicated to the right kinds of partnerships.

I could say university, or hope that I’ll one day celebrate my very small cryptocurrency portfolio, but in reality it probably is the investment of my time in making sure I’ve been as successful as I can be to this point.

I’ve spilled into the workaholic category over the years which isn’t absolutely necessary, but when you enjoy something I don't think that’s too much of a negative. I’ve also put a lot of extracurricular time into developing relationships, writing freelance and building a social media ‘brand’, all of which have opened doors for me in my career and in my personal life.

So while I’ve been keeping ASOS afloat with my shopping habits, how I’ve invested my time has proven most valuable and satisfying.

I could provide a neverending list of fiction books I’d recommend - especially if crime thrillers are your thing (drop me a LinkedIn message to discuss Jack Reacher vs. Nick Stone).

I’ve also read my fair share of life and career ‘guidance’ books, most of which confuse me more than ever and leave me questioning every decision I’ve ever made.

However, I recently read entrepreneur Grace Beverley’s ‘Working Hard, Hardly Working’ without much expectation, and I must admit her outlook on work-life balance, hustle culture and general satisfaction with life really struck a chord.

Working in our industry can be incredibly stressful - which, for me, is often why I like it - but she has some great theories on how to manage it, particularly if you’re at the start of your career.

Trust your gut and take up every opportunity for experience that you can. I was advised by plenty of family members and school staff that working in a sport-oriented job was going to be near impossible for a number of reasons.

As the only female completing a sports journalism degree in a class of 15, part of me had started to believe it. When I was lucky enough to fall into my first ‘proper’ job, I knew nothing about putting digital PR and SEO into practice, but my employer took a chance on me so I made the effort to do as much training as possible, and do my best to learn from the people that did know what they were talking about.

If you’re passionate about something and you put the work in to gain as much knowledge as possible - both in and out of work hours - eventually you’ll fall onto the right path. It just comes down to commitment.

There are many things that my Grandad and I disagree on - football teams being one - but he has had a huge impact on my career. After spending the best part of 30 years as a senior reporter at the Yorkshire Post, he then started his own PR consultancy.

While they predominantly focused on B2B clients, he also handled the PR for the owner of a football club and his portfolio of businesses. Needless to say, my summers were full of PR work experience from the age of 15, and so, by the time it came to selecting a career path, I had a pretty clear idea of what I wanted to do.

I took advantage of Harvard University's free online courses during the first lockdown when we were all being productive, and now, very randomly, I have some form of qualification after studying Pyramids of Giza: Ancient Egyptian Art and Archaeology for eight weeks.

Also, my colleagues discovered that I’ve never eaten a steak before which was apparently quite a big deal.

From a purely selfish perspective, the adoption of flexible working and the greater focus on work-life balance is, without sounding dramatic, life-changing. But for me, I now value the time I spend with my colleagues so much more than I did prior to the pandemic.

At Hatch, we’ve always been a very close and sociable agency, but I’d taken for granted the importance of physically being with each other when it comes to idea generation, strategy sessions, personal development meetings and simply for team morale.

While it’s great to have a day at home to focus on a pitch deck or a day of calls, I look forward to going into the office more than I ever thought I would.

I also think we’ve been at our most creative and innovative as an industry because of the challenges we’ve faced. Everything we thought we knew changed in an instant, from behavioural patterns to retail trends, brand messaging to community management on Twitter - we had to rethink it all.

That gave us the opportunity to take a step back and think about why we were doing what we were doing, and how we could do it better. We’re also about to launch the Hatch ‘Pubcast’ to tap into the massive growth in podcast engagement, so keep your eyes and ears open for that!

At the end of the day, success is about being happy and ultimately feeling satisfied. We all work incredibly hard in an industry that demands a lot of us. Constantly.

And while smashing KPIs and winning new business absolutely gives us that high - if it doesn’t I’d have a bit of a rethink - there’s much more to feeling satisfied and fulfilled.

It’s important we’re working on projects we believe in with brands we care about, in businesses that support, motivate and reward their hardworking staff. That we’re an industry that collaborates and innovates collectively for the good of us all, and that we as individuals are waking up everyday excited about the challenge ahead.

It sounds like PR spiel, and I guess it is to an extent, but life is way too short to dedicate time to anything that doesn’t bring you joy. 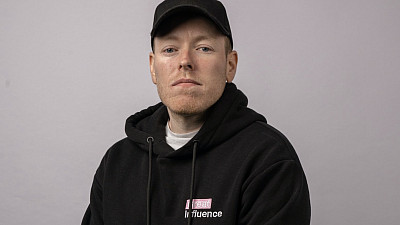