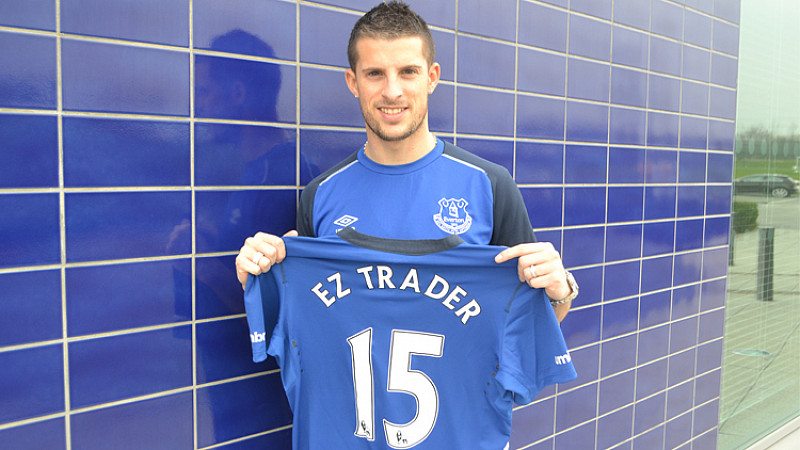 The partnership, which begins immediately and will run until May 2017, includes advertising at domestic cup games at Goodison Park and exclusive content on evertonfc.com. It's Everton's sixth partnership or sponsorship deal of the last year as it seeks to "build its international brand in key target markets".

Shimon Citron, EZTrader's CEO, said, "We are very excited to form this partnership with one of the UK's most successful and popular football clubs. They have a very strong and loyal fanbase and are one of the most recognisable teams in the most watched football league in the world - the English Premier League.

“The global appeal of Everton added to the enormous global following of the Premier League gives us a fantastic opportunity to expand our reach, as well as to cement our reputation as the UK's leading binary options platform.”

Everton’s director of marketing and communications, Richard Kenyon, added: “We’re pleased to have added another big name in Europe to our portfolio of Club partners and we look forward to working with EZ Trader in achieving their goals in the UK.”