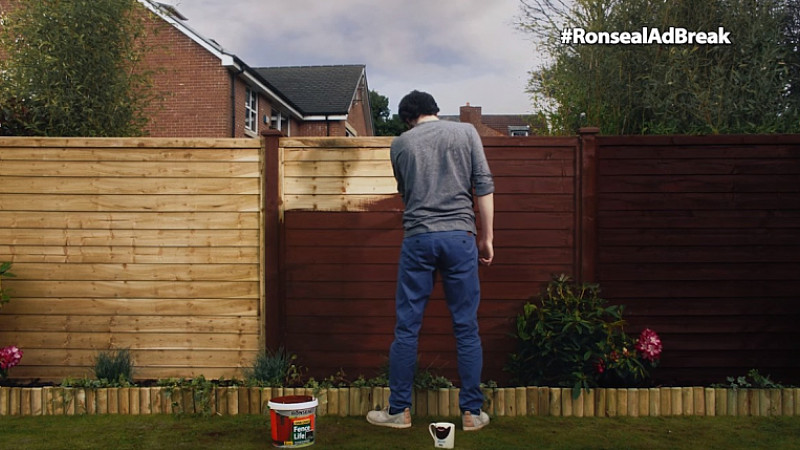 Britons spent a total of 9,860 hours watching paint dry over the Bank Holiday weekend - thanks to BJL's unusual three-minute advert for Ronseal.

Viewers of Channel 4's Gogglebox saw all three minutes and 10 seconds of ad break taken up by a film showing a man using a Ronseal product to paint a fence in silence, pausing only to drink a cup of tea and marvel at his own handiwork.

The ad was the result of a collaboration between 4Sales, Ronseal’s creative agency BJL and Mediacom. It was also supported by 4Creative, who recreated the channel’s iconic idents as part of a co-branded 10 second intro to the broadcast.

A further 15 minutes of fence painting "action" was also available to view on Ronseal's website for those wishing to see the project completed along with a tongue in cheek "best fence-painting moments" edit.

The campaign reached a total audience of 35 million on Twitter and #RonsealAdBreak created 558,136 engagements (including retweets, likes, replies and video views). As a result, Ronseal have calculated that people spent 9,860 hours (the combined number of minutes spent watching by Twitter followers who saw the ad) watching paint dry.

Ronseal’s marketing director, James Smith, said: “When our strapline ‘It does exactly what it says on the tin’ first launched in the 1990s, we became famous for having a direct and straightforward approach to promoting our products. Today, very little has changed.

“We continue to be straight and open about the fact that for many people DIY isn't always the most exciting task. We don’t glamorise DIY. We know our products won’t change your life but they will help get a difficult task done quickly and easily. Never is that message more important than on a Friday night before a Bank Holiday weekend.

“Our creative team, BJL, worked closely with Channel 4 and 4Creative, as well as Mediacom, to create an ad break that was disruptive in a radically different way. It recreates the reality of the task and reminds people to use a product that makes it easier so they can get on with enjoying their free time.”

Danny Peace, Agency Principal at Channel 4 said: “As a broadcaster with a love of all things innovative, Channel 4 was the perfect home for this ad and we hope its honest approach to DIY will encourage people to pick up a paintbrush this Bank Holiday.”

BJL creative directors, Karl Stones and Richard Pearson, said the advert had been designed to create maximum impact and get people talking about the Ronseal brand.

Pearson said: “Gogglebox viewers are the ultimate TV critics and we were determined to produce a film which would stand out and give them as much to talk about as the rest of the programme. Channel 4 have been incredible partners to work with, their ‘born risky’ ethos was perfect for this ad break.” 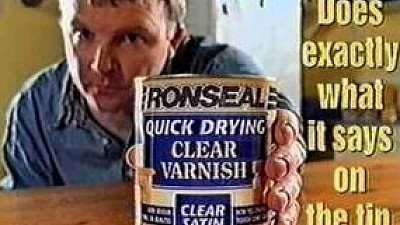 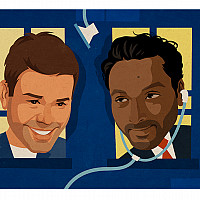 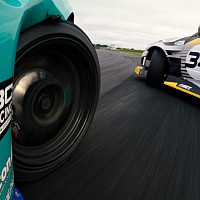 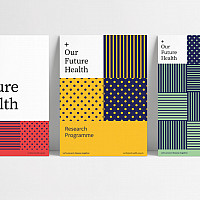