Filming begins in Yorkshire on $25m blockbuster The Hunter's Prayer

Filming started in Yorkshire today on The Hunter's Prayer, a $25m blockbuster backed by Screen Yorkshire.

Yorkshire will double for a number of international locations on the fast-paced thriller, with scenes to be filmed in Leeds, Harrogate, Helmsley, Scarborough and Saltaire, as well as Hungary. The US/UK co-production is directed by Jonathan Mostow (Terminator 3, Surrogates, U-571) and stars Sam Worthington as a solitary assassin hired to kill a teenaged girl.

Creative England is supporting the production by sourcing locations, crew and filming permissions.

END_OF_DOCUMENT_TOKEN_TO_BE_REPLACED 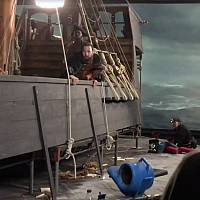