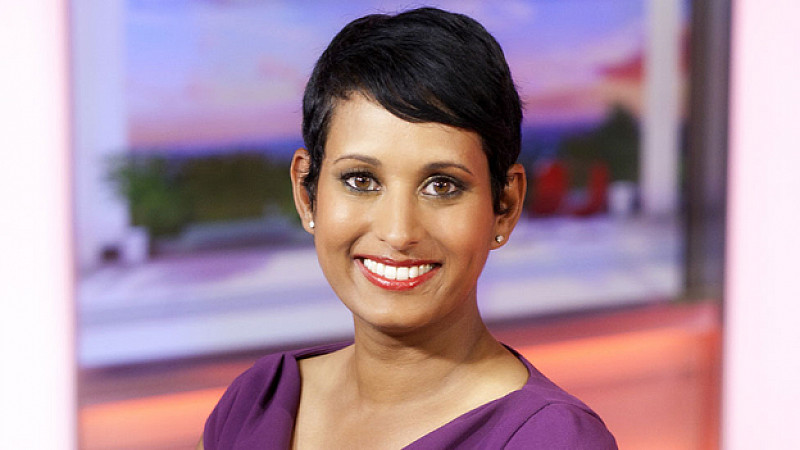 Naga Munchetty has been confirmed as Susanna Reid's replacement on the BBC Breakfast sofa.

The 39-year-old will present the MediaCityUK-based show alongside Charlie Stayt from Thursday to Saturday, with main hosts Louise Minchin and Bill Turnbull presenting from Monday to Wednesday. The BBC Breakfast team with Munchetty second from right

Starting her career as a financial journalist working on the London Evening Standard and The Observer before moving into television with jobs at CNBC, Bloomberg and Channel 4, she joined the BBC in 2008 as a presenter on BBC Two's Working Lunch.

Munchetty said: "I’m so happy to be joining such a successful, popular programme. It’s a real privilege to be on a team which is a big part of the morning routine for millions of viewers in the UK. I’m thrilled that I’ll have my own seat on that famous red sofa.”

BBC Breakfast editor Adam Bullimore added: “I’m really delighted Naga is joining the programme full time. She’s already a familiar face to our viewers and very popular with the team. She has bags of journalistic experience and personality and is a fantastic addition to our regular team of presenters.”