5 live controller Jonathan Wall has explained his thinking behind today's seismic changes to the station's presenter and schedule line-up.

Wall, who took over last year, admitted it was "sad" to lose presenters Richard Bacon, Victoria Derbyshire and Shelagh Fogarty, but that he was "very excited" about the new schedule and presenter line-up.

He also revealed that Derbyshire was leaving for "an exciting new opportunity with BBC News", with details to follow in the next few months.

"Today I have just shared with the team here at 5 live a major set of schedule changes.

It is a sad time as, within this, we say goodbye to three of the great stars of 5 live, but it's also an exciting time as we look ahead to the next stage in our life here in Salford.

We say farewell to Victoria Derbyshire who has an exciting new opportunity with BBC News, details of which will be announced in the next few months. Victoria will stay with us until September and will play a big part in our Commonwealth Games plans. We will miss both her forensic interviewing ability and her award-winning investigative journalism.

We also say goodbye to Shelagh Fogarty in the autumn. Shelagh is considering a number of exciting new opportunities and leaves us with a fantastic legacy of broadcasting from Lourdes to the House of Lords and from refugee camps in Jordan to the London 2012 Paralympic Games.

And finally, after creating a new sound for late night radio for us and successfully hosting our afternoon show, our final farewell is to Richard Bacon. Richard also has lots of exciting new opportunities including co-presenting a new prime-time BBC One series with Una Stubbs.

And so, with these fond farewells, we have the chance to relaunch our daytime line-up, with two new shows I am very excited about.

I first thought about moving Peter to this new slot back in March when I heard him presenting a special edition of the mid-morning programme during our 20th anniversary celebrations. He loved the freedom to do longer interviews and speak to callers, and it’s the fresh challenge he wanted after all those fantastic years on Drive. Peter said,

"After twenty years at 5 live I remain as enthusiastic as ever about the station. I love it in particular because of its audience, and the new show will in essence be a conversation with that audience."

And Adrian has been such a strong addition to the team since we brought him back last year to present the Drive show on fridays. He’s a real all-rounder and has told me, on the phone from Brazil, how excited he is by this opportunity.

Afternoon Edition is our second new show with a new timeslot, 1-4pm, and a new double act: Sarah Brett, our new signing from Radio Foyle in Northern Ireland, and Dan Walker from BBC TV Sport. Sarah is the best new radio news presenter in the UK and is brilliant at interviewing and handling live radio. Dan has impressed us with his creativity on Friday night sport and, after hearing the stunning documentary he produced and presented for us from Camp Bastion earlier this year, I knew he would be perfect for this show. Dan and Sarah gelled together brilliantly in their pilot and I am looking forward to hearing them and our listeners together in the afternoons on 5 live.

And so to Tony Livesey, who will be our new Drive presenter. Tony really deserves this opportunity and I have had a move like this mind for him since I got the Controller job. He's a good journalist and a real natural in a radio studio. I know he and Anna Foster will form a great partnership.

Elsewhere in the 5 live schedule we have a fresh new feel to Fighting Talk with two new hosts, Georgie Thompson and Josh Widdicombe. We have been keeping an eye on Georgie for a while and she is someone who has always impressed us so we are really pleased to have her join our team. And, as for Josh, he is really funny, has great radio experience and is the perfect fit for the show.

And then finally to 5 live Sport, currently in the throes of a fantastic summer of sporting coverage. Our chief football correspondant Mike Ingham is retiring from commentary after the World Cup final but luckily for us isn't retiring from our station. Mike was commentating back in 1979 when I first fell in love with the magic of speech radio as a seven year old boy and 5 live just wouldn’t be the same without him. So I am really pleased that he will still be with us next year hosting football specials across the season. John Murray will be our new football correspondant and I can't think of a better man for the job! In other football announcements we have confirmed that Jason Roberts, one of the UK's top new pundits will be hosting football nights on 5 live sports extra and joining our squad of match summarisers.

It's a great time at 5 live, we are currently delivering some of the biggest online listening figures in 5 live’s history and our new look 5 live in short has just given us 1 million listening requests to our online world of short-form content. But we know we need to keep moving forward and, after what promises to be a fantastic summer, we will be in just the right place for this re-fresh. We are all really looking forward to the challenge." 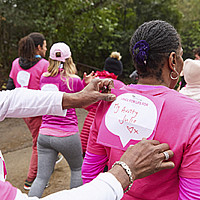 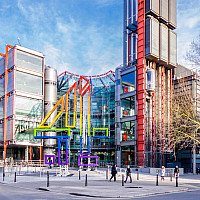 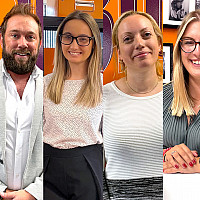