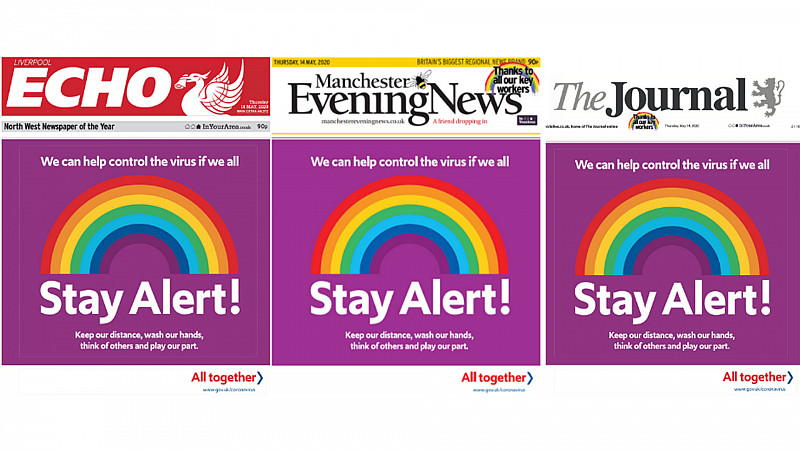 Regional and national newspapers have carried the new “Stay Alert” messaging from the Government as a front page wraparound, as a result of the advertising deal agreed last month.

It comes despite a number of the same publishers criticising the change from "Stay at Home”, to “Stay Alert” as “chaotic” and “vague” just days before.

Scotland, Wales and Northern Ireland are not using “Stay Alert”, while two councils in the North East of England have also said they will not be using it, because it “lacked clarity.”

The Government’s “All in, all together” campaign means that hundreds of newspapers will be running identical cover wraps and homepage takeovers for the next 3 months.

It was developed by the newspaper industry as a way of delivering government communications in an “intimate, human and compassionate tone.”

At the time, Tracy De Groose, the Executive Chair of Newsworks said:

“Of course, our journalists will continue to scrutinise the actions of the government at every turn of this pandemic and they will continue to play their part in defeating this terrible virus.”

I'd like to offer a note of thanks to our press team. Overnight helping to ensure @10DowningStreet can get updated safety messages and new guidance to every corner of the country. Including the most vulnerable via our partnerships with local authorities' emergency parcel drops. pic.twitter.com/Z1WQezIFOM 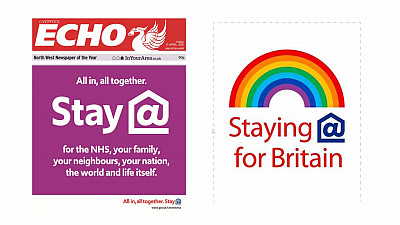