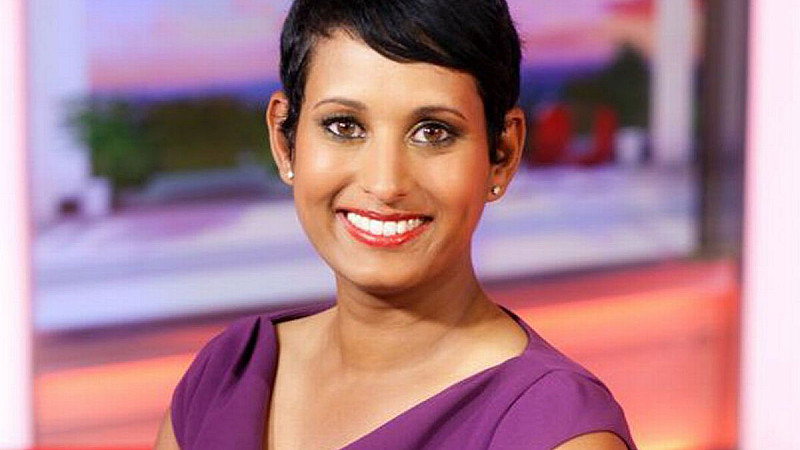 BBC Breakfast presenter Naga Munchetty says she stands by comments she made about US President Donald Trump in July and that it is not her job to “sit there and be a robot on that sofa”.

Munchetty had been responding to the US President telling four US congresswomen to “go back home”.

When asked about the comments by co-presenter Dan Walker, Munchetty said: “Every time I have been told, as a woman of colour, to go back to where I came from, that was embedded in racism,” adding that she was “absolutely furious” at Trump’s choice of words.

In September, the BBC decided that Munchetty’s comments had breached guidelines, following a complaint from a viewer.

However, following a public outcry, Director General Tony Hall reversed the ruling, saying the Corporation’ complaints unit had made the wrong call.

In an interview with British Vogue, Munchetty has spoken for the first time about the “horrible” experience.

“One of the balancing acts of being a Breakfast presenter is being comfortable enough to show who you are and your personality,” she said. “You have to show empathy. You cannot sit there and be a robot on that sofa.

“My parents have always been absolutely professional and caring as nurses. They came to a country that wasn’t always welcoming to people of colour, to be the best they could be. And they were told to go home all the time.”

Munchetty added that “very positive things” had come out of the incident and revealed she now had regular meetings with Hall, who “wants to listen”.

“What it has done is raise an uncomfortable conversation that needed to be raised,” she said.

“I’m going to turn this on its head: find me a large organisation, and find me an employee from a minority group who feels they are able to bring their true self to work today. I don’t think you’ll be able to.”