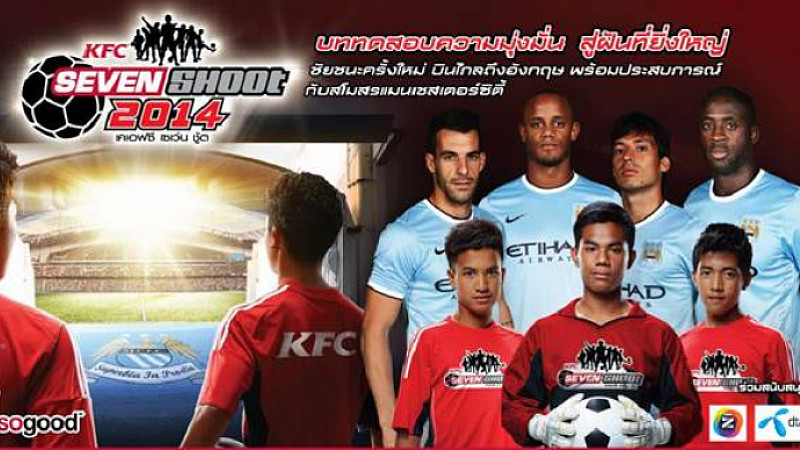 Manchester City are backing grass roots football in Thailand, with a 2 year marketing deal with the KFC Seven Shoot.

It’s the biggest 7-a-side tournament in the country, with 50,000 youngsters aged between 12 and 15 competing to become national champions.

Manchester City first team players including Vincent Kompany and David Silva will appear on marketing collateral which will go in more than 500 KFC outlets and on billboards nationwide.

The winning team will be flown to Manchester to take part in training sessions at the club.

“We enjoy incredible support in Thailand, having recently launched our Thai website and Twitter account, so it’s a privilege to be able to welcome the winners to Manchester and help them develop their skills,” said Tom Glick, chief commercial and operating officer, Manchester City.