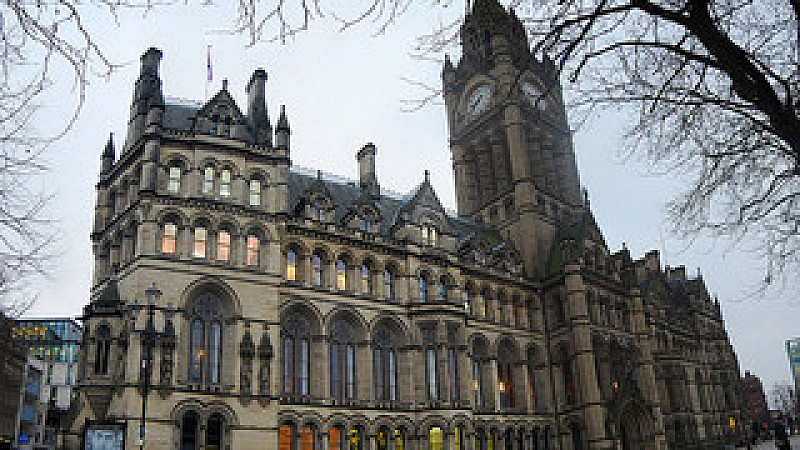 The first of three hearings being held across England is to take place in Manchester next week giving leading international economists chance to debate issues around the growth of cities.

Coming as it does amid an emerging debate about the potential for devolution of some Westminster powers and departments outside of London, the independent inquiry starts with an open hearing at Manchester town hall.

Earlier this week the UKIP Wytheshawe and Sale East’s candidate claimed the Department of Culture, Media and Sport should be shifted to the city.

Then, The Spectator’s Ed West took up the theme, asking if complete departments of Whitehall should be transported north arguing that regional parliaments could be the answer.

"Why shouldn’t we send more civil servants out of London, where the cost of office space and decent housing is much lower, compared to the capital with its chronic shortage of affordable homes. Lots of countries have separate political and financial centres; Italy has Rome/Milan, the Netherlands The Hague/Amsterdam, and the US Washington/New York. In Germany the political and business elite are spread around Berlin, Hamburg, Munich and Frankfurt, and Germany works pretty well."

Now the newly created City Growth Commission (CGC), which is hosted by RSA (the Royal Society for the encouragement of Arts, Manufactures and Commerce) says it aims to produce ‘tangible recommendations on how Government can grant more autonomy to UK cities, in support of the country’s social and economic development.‘

RSA, chair of public services, Ben Lucas, said: “This is the first City Growth Commission evidence hearing and we’re delighted to be in Manchester to learn from and highlight, the city’s experience in driving productivity, economic growth and social value by coordinating across Boroughs.

Members of the public and representatives of the press are invited to attend the CGC discussion on Tuesday 11 February. The event will cover three broad questions:

1.       What are the main factors currently limiting cities’ growth, and what are the most important economic policy levers they need to maximise their potential?

2.       What political levers or governance structures are needed?

It will be recorded and will contribute towards the evidence base of a detailed report by CGC, due for publication later this year.

Confirmed attendees and organisations on the Manchester panel include: