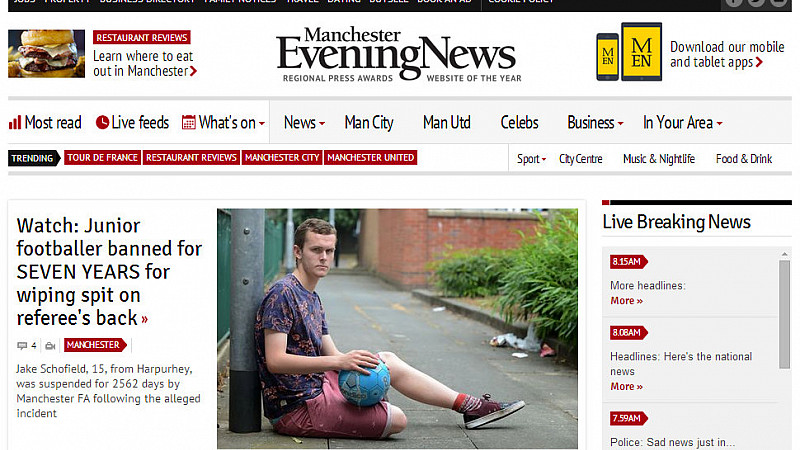 The Manchester Evening News has confirmed its position as the best-selling regional Trinity Mirror title as it unveiled a "reworking" of its website.

The paper has made a series of subtle changes to its site, including changing the colour of the main navigation bar from red to white, centralising the masthead and introducing a hover 'homepage' effect, and bringing in a slightly different font style on headings. The old scrolling carousel has also been removed entirely, with the breaking news feed moved up the page in its place, while the navigation menu has been reorganised to give greater prominence to most-read stories, live feeds and what's on listings.

The paper said the changes did not amount to a major overhaul but were the result of internal tests.

It said: "It's a reworking of the home page based on various testing we've done, and learning from the design we've been operating on the MEN for about 18 months. We're planning to roll it out to more Trinity Mirror regional websites over the next few weeks.”

The figures appear to represent a vindication for the paper's part-free, part-paid-for distribution model. An average of 31,506 copies were given away for free each day in June, although the majority of free distribution takes place on Thursdays and Fridays.