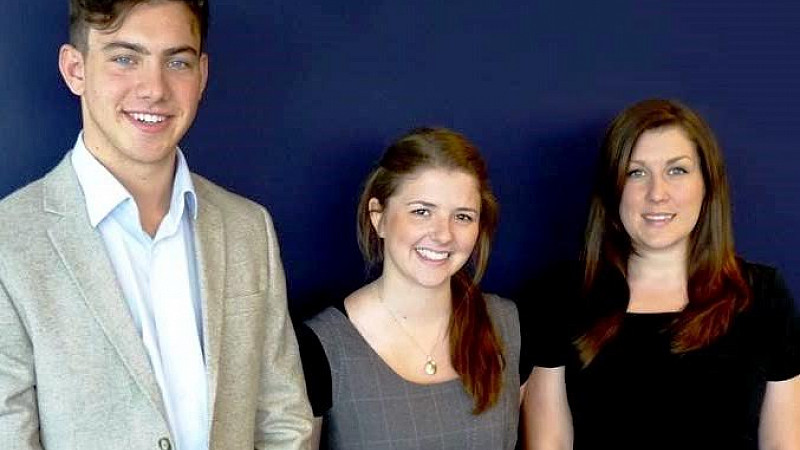 PR and communications agency Influential has boosted its team with the appointment of three new staff.

The new recruits, which the agency says follows a "period of sustained growth", will work across the agency’s digital marketing and PR teams. Journalism graduate Niamh Conway has been appointed through the agency’s graduate trainee scheme as a junior PR account executive and videographer.

And George Caton joins the agency on a placement year from John Moores University, where he is studying business studies. He will work across the digital and PR teams.

CEO Sara Wilde-McKeown said: “The calibre of candidates who have come through our doors during the recruitment process is very impressive. It’s an incredibly competitive employment market at the moment – we had over 200 applications for the digital marketing role – which is a real testament to the skills and qualities of the people we’ve appointed."

Influential, which is headquartered in Liverpool with offices in Manchester and London, has recently picked up business from bus company Stagecoach, My Online Estate Agent and the North Wales Blues and Soul Festival.

Influential’s consumer events team has recently completed its One Magnificent City campaign, which it delivered alongside Marketing Liverpool and Culture Liverpool.