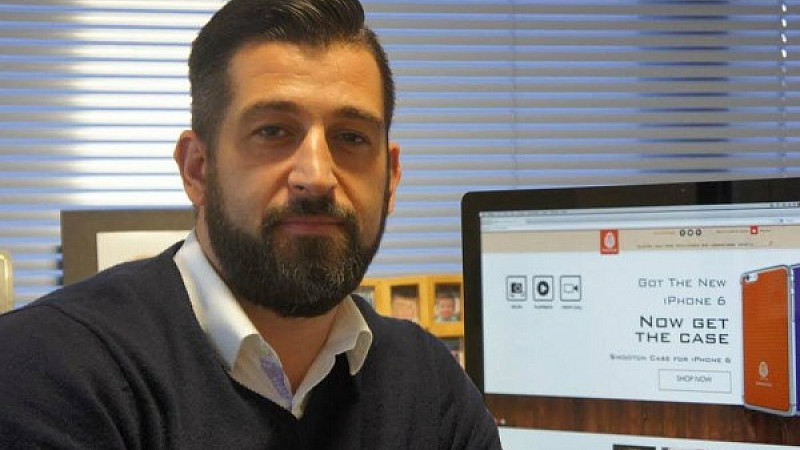 What is it? Protective accessories for mobile phones, and other innovative technology products

A former Liverpool reserve team footballer, Scott Brenchley's idea for Tactus came when he saw the number of expensive iPad cases he was selling at his Apple dealership in Warrington.

His knowledge of Apple products was already extensive – he spent a total of 17 years at the MMC Group dealership, eventually responsible for 40 people in four locations – but in 2014 he decided he wanted to try and go it alone. He and sales director, Sid, who together had built up a network of contacts and an extensive knowledge of China during years of visiting shows and factories, took a trip to the country and found products they liked. They then redesigned them, created the brand and found some stores willing to take a chance.

Today, the company sells a range of protective products for predominantly Apple devices, particularly the iPad and iPhone, all of which are intended to remove fears of the dreaded cracked screen; as the company's motto says, "worry less, live more". Standout products include the Smootch, which features micro suction technology that sticks your device to smooth surfaces. Tactus' big break came shortly before Christmas 2013 when Selfridges decided to stock its range. It sold out, and the company now counts the likes of Argos, Staples, Maplin and Amazon as its biggest retailers. Growth is currently at the rate of around 75% year on year, and this year Tactus is forecasting to increase sales to £2m, up from £1.3m last year.

He added: "We're already competing with some of the bigger boys, like Belkin and Griffin, in places like Staples - we thought it would take much longer. In Argos there are only four brands in our sector, and we're one of them."

Brenchley, the majority shareholder, is now leading the search for some external investment, and a bank loan helped the company move to new 5,200 sq ft premises - where its 10 staff are based - late last year.

Alongside developing its corporate engraving service - clients include Audi and British Airways - geographical expansion is high on the agenda. Already, Tactus products are stocked in 31 retailers worldwide, including Spain, Czech Republic and Poland.

"We have ambitious growth plans in Europe and the US, and Dick Smith in Australia are trialling our range in 10 stores. That's a big deal for us," says Brenchley. "We're looking to expand quite aggressively."