World Cup: Are major brands concentrating too much on the global picture? 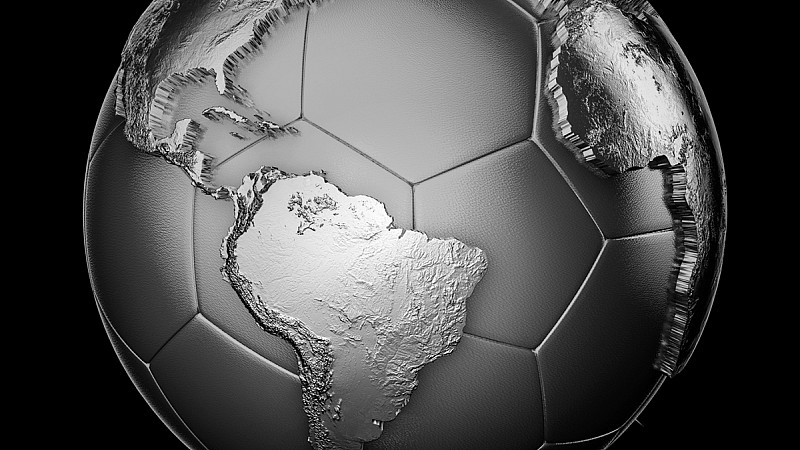 With the countdown well and truly on for the World Cup in Brazil are the major brands thinking too much about their global audience and not enough about the local ones?

That’s the question posed by Trevor Cairns, after 13 years at Nike, he now works with leading sports brands like Adidas, UFC and British Military Fitness as CEO of creative agency Love.

Each week I cast an interested eye over Points North, a local industry leaders perspective on the key stories impacting the region over the past seven days. I also take time to browse the international industry press too. I don’t prioritise one over the other or consider one to be more important than the other. To succeed today, I believe that modern marketers must hold both a global and a local lens up against their brand.

Yet increasingly it feels as if major brands are ignoring the local audience. Whether a function of internal policy and a misguided desire for rigid consistency, a drive for production economies of scale, downright laziness or a combination of all three and more, the global view is king. Treating consumers as one homogenous mass, expecting them to adapt to the brand rather than the brand adapting to them.

I read a quote in Forbes recently that summed up the prevailing mindset rather nicely - “we know that France and Argentina are different – we just treat them the same way!”. The quote was attributed to a former CEO at Gillette, but whoever said it, he or she wasn’t alone in applying such thinking. This feels particularly pertinent with the World Cup starting today. Having worked in the sports industry for many years, I can’t remember a build up with so little energy. Maybe that’s a function of reduced expectation around the prospects for the team, but it’s been as exciting as a Roy Hodgson press conference.

Yes, the big boys have rolled out their global blockbusters. Big brand campaigns with big bland messages are being pushed out. Whether official sponsors who have crossed FIFA's greasy palm with silver and god knows what else (only joking Sepp), to the upstarts navigating their way through the legislative minefield that FIFA create to protect those in their pay, the output feels equally uninspired.  A sea of sameness, from Budweiser encouraging you to "Rise as One" to the Nike view that on field greatness can only be achieved by those who "Risk Everything".

Among the wealth of World Cup related activity, it seems that integration is more important than insight and consistency over connection. KPIs that obsess on line views over real time engagement.

Yet locally, it feels like nothing is going on, with the greatest show on earth a day or so away. Who is activating local audiences, tapping into the passion of local fans with the same energy and vigour that characterises the youthful England team? The lack of local cultural influence is a global issue. The same approach tends to manifest at the tournament itself. Having been fortunate enough to attend the last two World Cup tournaments (but unfortunate enough not to be attending this one), I've experienced the fan parks and local media lockdowns first hand and it was an experience I'd prefer to forget. A sterile world of banal interactives and official sponsors product, force fed from every angle. Global sponsors exert a vice like grip on the host cities and plaster their global campaigns across every available surface, resisting any local flavour or relevance that dares to try and creep in. So in Brazil you'll have to swig a Budweiser and ignore the local beers at an event so generic it could be picked up from Rio and dropped anywhere in the world.

Localisation is key. By celebrating the rich depth and vivid breadth of Brazilian culture and telling these stories through inspiring creative, engagement will rise, not only for the local audience but just as importantly, with those watching from afar. Inside the new Seoul whisky house

At Love, we have designed and created a series of Johnnie Walker brand experiences for Diageo that tell the Walker story in an immersive, sensory way. Now, it would be have been easy to design one and apply the same template to every market around the world.

Integrated? Check. An identical experience whether you visit in Asia, Africa or the Americas. Economical? Check. One set of design fees and one project for the client’s brand team to manage amongst a mass of competing priorities.

Diageo had the foresight to recognise that their global brand story is most engaging when reinforced by local insight. And so from Shanghai to Seoul, each house is completely bespoke, tailored to the culture of the city and country that houses it and whereas the Walker brand story in Shanghai is told with an emphasis on provenance using traditional materials from the whisky making process, in Seoul the same narrative comes to life through the vibrant digital technology that the city is renowned for.

And the results speak for themselves - not the one off noise (and subsequent deathly silence) of a global media campaign, but a series of locally relevant, insightful and ongoing conversations that spread far beyond the local market. Global brands must be part of local cultures. It's harder work granted, but way more memorable. And surely as agencies, that's got to be the ambition for our clients' brands.