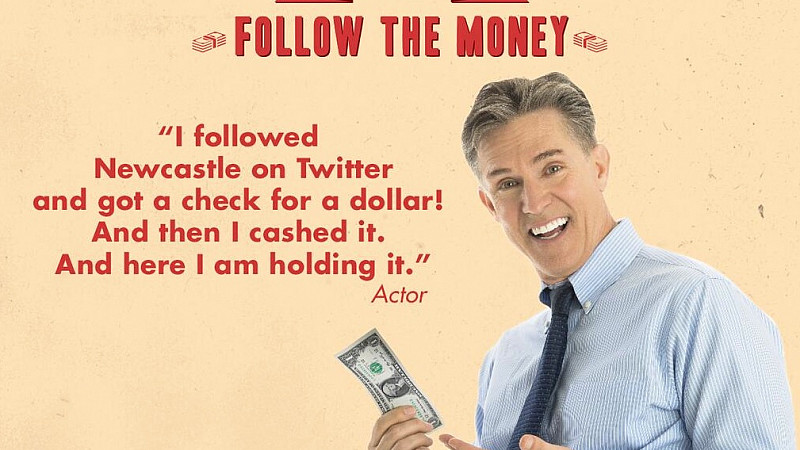 Newcastle Brown Ale has come up with an unusual stunt to increase its Twitter followers in the United States, the next 50,000 to sign up will win “one millionth of a million dollars.”

That’s $1. The cash incentive hasn’t entirely set the world on fire, with 26.6k followers at the last count, but that’s 10,000 more than at the start of the campaign.

As the company succinctly put it in the video: