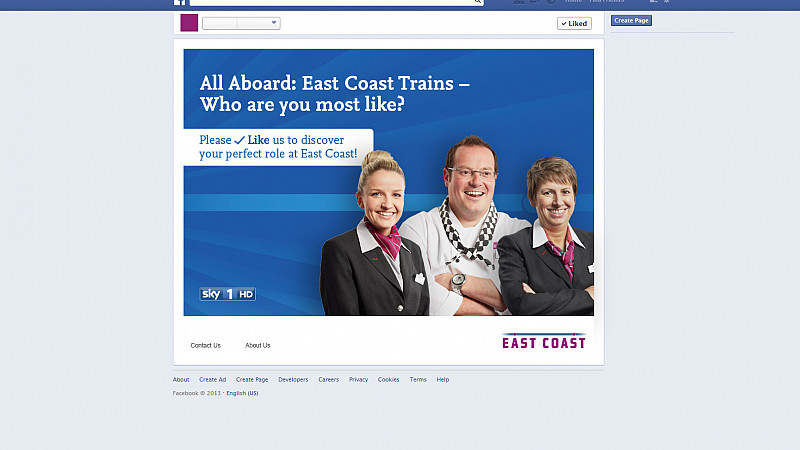 Umpf is providing social media support to East Coast Trains as the rail operator launches a recruitment drive during its new Sky One documentary.

All Aboard: East Coast Trains is a 10-part series looking behind the scenes at the company, which runs trains between London King’s Cross, the East Midlands, Yorkshire and up to Scotland. “The TV series is generating even greater interest in the company – in fact, visits to the recruitment page of our website has almost doubled since the show launched – so we are using Facebook to raise the profile of our most popular roles with a fun app,” said East Coast’s social media manager Nick Wood.

“It’s a fantastic series and the national TV exposure gives us an opportunity to interact with a wider audience on a one-to-one level.”

The Facebook App asks users a series of questions and then recommends a job most suitable to their personal profile and allows them to view similar roles on East Coast’s recruitment page.