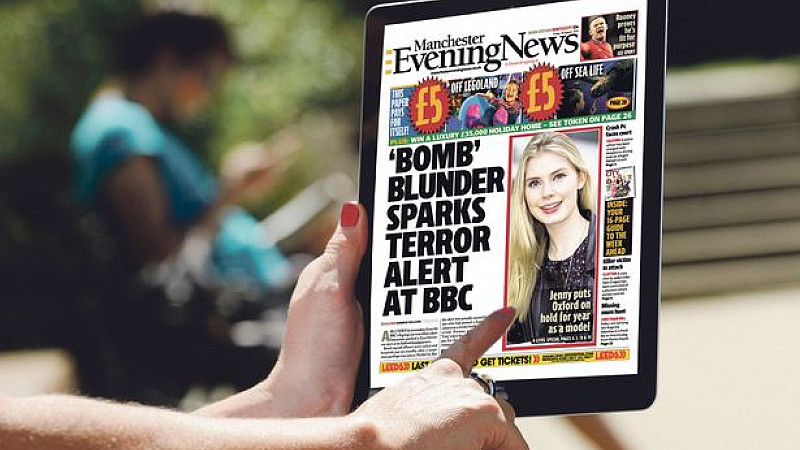 The Manchester Evening News has launched a new tablet edition of the newspaper, which readers can subscribe to for £7.99/month

The App, which is available on iOS and Google Play, will be a replica of the print edition, along with picture galleries, on-the-scene videos and a daily news live blog.

“The launch of our new e-edition is another step in the M.E.N.’s long and proud history of being the first to deliver the news to the people of Manchester,” said Rob Irvine, editor-in-chief, M.E.N. Media & Trinity Mirror Huddersfield.

“It will be delivered straight to readers’ tablets first thing in the morning, giving them instant access to all the local news and unrivalled sports coverage.

“Just like the paper, the tablet edition will be loaded with special features and added extras such as The Way We Were, Jobs, Motors, the Saturday Extra magazine, We Love TV and the City Life guide to the week ahead.

“The launch of the e-edition again proves that for the people of Manchester, the M.E.N. is the place to find out what's going on.”

The e-edition is free to download, with a free 30 day trial. Following that it costs £7.99 a month, which works out at just under 35p per day.

In February this year, Trinity Mirror announced that it was to become a “digitally-focused business” intending to break news through its digital channels.