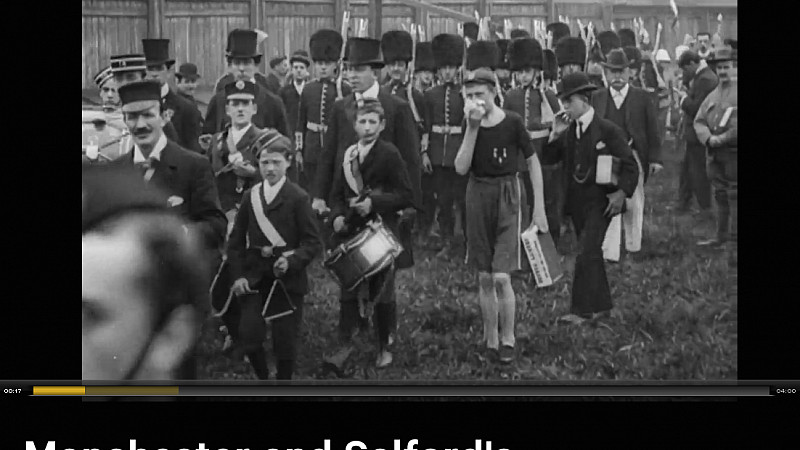 From footballing celebrations to times of national significance through to riots and other major news events - the newly-launched Britain On Film initiative provides an fascinating insight into life in the North.

Sometimes large-scale and public, sometimes intimate, the new National Lottery-funded project reveals hidden histories and forgotten stories of people and places from the film and TV archives of the UK.

BFI head curator Robin Baker said “For 120 years, cameras have captured almost every aspect of life in the UK on film, but too often these have been inaccessible to all but the most determined researchers.

"Now Britain on Film is transforming access to films from the UK’s archives and making them available, no matter where you live.”

Via BFI Player, people can watch 1,000s of newly digitised film and TV titles from 1895 to the present day, featuring where they live, grew up, went to school, and their family members and friends.

By 2017, it is intended that 10,000 film and TV titles will be digitised. A BFI Facebook campaign has also been launched in which 60 new films will be released over 60 days.

Here’s just a few examples of what you can find at the player:

In Manchester back in 1901 one of the star attractions of this charity parade in aid of local institutions is a small boy perched on a horse, magnificently attired as the 19th century military hero, Lord Roberts. After little Lord 'Bobs' has been caught on film, a crowd of onlookers flood into shot cheering and waving, encouraged by the filmmakers to express their enthusiasm for the benefit of the camera. As the archive says, “Everything is impressive about Leeds Children’s Day in Roundhay Park”. The clip from 1955 features kodachrome colour. “From the immaculate costumes of the Queen and her escort, the meticulously decorated floats, the high calibre gymnastics displays, the often comical dangerous driving demonstrations, the children’s mass country and maypole dancing, through to the stately looking teachers as they proudly, but attentively, look on.” In the North East, the films include Paper Fashion (1967), a droll Tyne Tees TV news feature on the hip 1960s cult for a disposable age - paper fashion; Pigeon Cree (1968), a Sid Chaplin pastel animation narrated by Mike Neville; and The Growth of Durham (1963), where a Bede College student crafts a silent, contemplative portrait of the city on a winter’s day.

In Liverpool, the anger at the Cunard liner Lusitania after it was sunk by a German U-boat brought people out in protest. You can search for your own town or city via the Britain on Film player here.