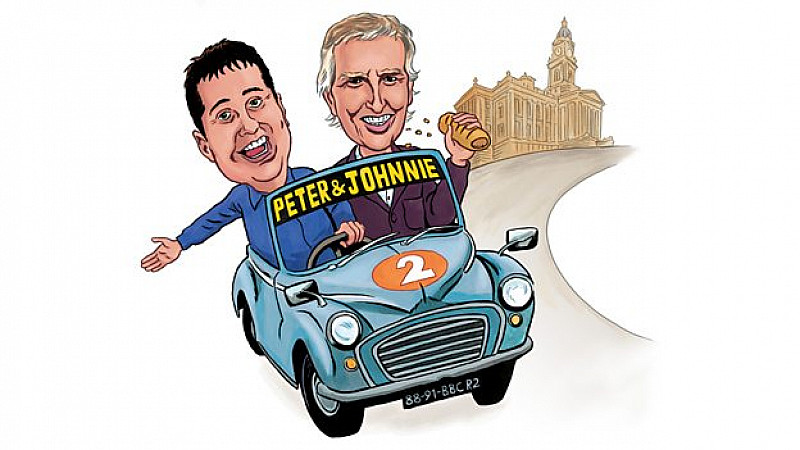 Comedian Peter Kay has embarked on a mini road trip through his home towns of Bolton and Manchester for a special Christmas edition of Johnnie Walker Meets.

The two-hour Radio 2 special will be broadcast on Friday 30 December at 5pm. Kay explained that the interview came about because of his lifelong fondness of Walker’s show.

“I wrote to Johnnie because I've always listened to him - all my life,” he said. “I love Sounds of the 70s and I just feel that if you like somebody, you should let them know. So I wrote to him and then we had a phone chat.

“Johnnie said, 'why don’t we do an interview?' and suggested we could maybe record it in an actual car on the move, in a similar style to Car Share. I thought that'd be a great idea, brilliant - just a nice drive, a nice chat.

“I agreed on the proviso that it wouldn’t just be an interview about me, that Johnnie talked too. He’s an interesting man with some fascinating stories."

Walker added: “Peter contacted me saying that he was a fan of the show - which was lovely to hear as I'm such a huge fan of his. You can tell he loves radio from the radio station Forever FM that he created for BBC One's Car Share.

“The station was a big part of the show. We got chatting about my Sounds of the 70 show and music in general, and I came up with the idea of doing a special two hour show driving around Bolton whilst having a chat and playing lots of our favourite records.

“We had a lot of fun on the drive, as you can hear from all the laughter.”

Listeners will also be treated to a playlist including The Beatles, Marvin Gaye, The Drifters, Mike & The Mechanics, Simon & Garfunkel and Van Morrison.

Sounds of the 70s is broadcast on Radio 2 every Sunday afternoon from 3-5pm. This Christmas, Radio 2 will be broadcasting a series of Johnnie Walker Meets...