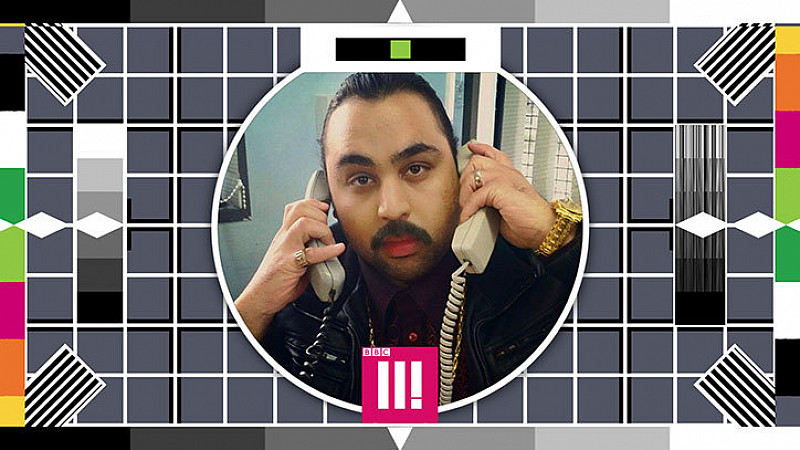 BBC Three will release a series of short-form comedy videos to transition the channel from traditional on-air broadcasting to online-only next month.

The broadcaster has appointed London agency Sunshine as part of a three-stage campaign designed to tell viewers that “BBC Three isn’t closing, it’s moving to the interwebs”.

First up is a 60-second spot involving the writers and stars of BBC Three comedy ‘People Just Do Nothing' and will come "live" from “the UK’s only dial up internet café cabin”.

It will star BBC Three talent including Chabuddy G and Steves of ‘People Just Do Nothing’, comedian Romesh Ranganathan, presenter Stacey Dooley and actor Tyger Drew-Honey.

A still from the new BBC Three campaign

The film will be accompanied by other comedy short-form content on BBC Three’s social and digital channels.

Niki Carr, head of marketing ar BBC Three said: “We are really excited to kick off the campaign using some of our best loved talent. We have listened to the questions our audiences were asking us about the move online and tried to answer these in a way which hopefully makes them laugh. This is just the start of a campaign that aims to educate, entertain and excite new and existing audiences about the brilliant stuff to come."

February 16th was recently confirmed as the switchover date, on the same day as its controversial new logo.

Plans to make BBC Three an online-only channel were finally approved by the BBC Trust in November, with the move expected to save the BBC around £50m a year.

Another still from the new campaign
Broadcasting NewsNews