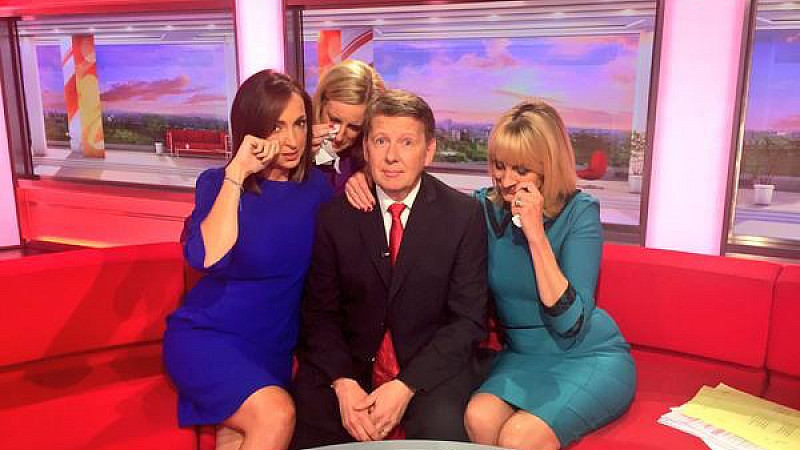 Bill Turnbull has announced he is leaving BBC Breakfast after nearly 15 years - to spend more time with his bees.

The presenter told the Daily Mirror his tenure was "more than enough for me and the audience. So it is a good time to call it a day and do something else".

"It was a long-term decision. I could see this coming up, and it was always the plan."

He said he wants to spend more time beekeeping, which he said he had been "neglecting for far too long".

Earlier on Wednesday, during BBC Breakfast's paper review, Turnbull confirmed the story saying: "It's true, I'm going to leave the programme at the end of January because 15 years is long enough. I'll be sad to leave you.”

The breakfast show tweeted a jokey picture you can see above of the presenter on the sofa with his co-stars Louise Minchin, Sally Nugent and Steph McGovern, in tears around him.

All of a sudden everyone's got a cold. https://t.co/9A4DWsTeRW

Last month Turnbull joined the unfortunate list of those to have dropped the C-bomb live on air.

Referring to reaction to a public health story, Turnbull appeared to utter the C-word instead of “client” as this clip (which has been seen more than 330,000 times) shows.

Turnbull first joined Breakfast as a reporter in 1988 and has been a presenter on the programme since 2001. His first film for the programme was reportedly about wild flowers. He is married with three children and his spare tim looks after chickens and those bees.