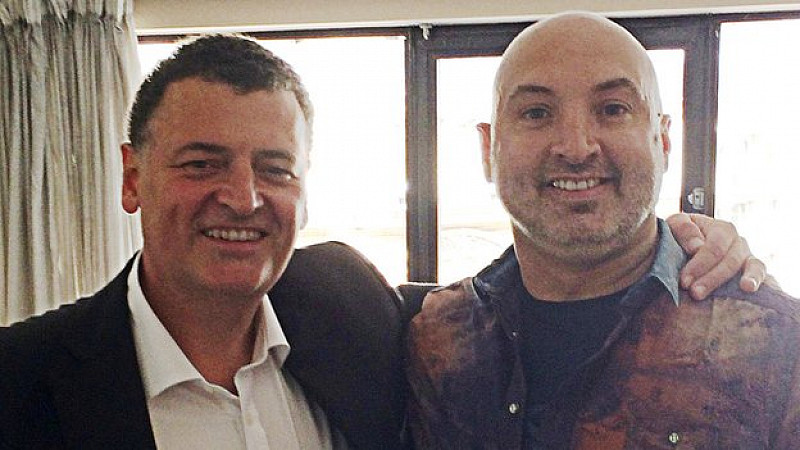 A freelance motion graphics designer from Leeds was commissioned to produce the title sequence for the new series of Doctor Who - after a concept idea he posted on YouTube was seen by the show’s producers.

Billy Hanshaw originally published a 40-second piece as a way of showcasing his skills using Cinema 4D and After Effects, but the title sequence – featuring cog wheels and spiralling clocks – quickly attracted the attention of the show’s fans.

Within three months the clip had been viewed more than half a million times - and the show's executive producer and lead writer, Steven Moffat, liked the idea so much he decided he wanted it for the show. Hanshaw was drafted in by the graphics team at BBC Wales to help realise the new title sequence. He worked from his studio in Leeds but used online collaborative tools to present his revised ideas.

The finished titles were seen by the 6.8m who tuned in to see Peter Capaldi's much-anticipated first outing as the Doctor on Saturday.

Hanshaw, who has worked in the design industry for 27 years on projects for the likes of Miele, Holiday Extras, Nintendo and T-mobile, said: “I’ve always been interested in title sequences, so I decided to put something together for Doctor Who really just to showcase my skills and creative ideas.

“I started to get a sense that people liked it almost immediately as it quickly racked up a few thousand views. But then it really took off and within three months it had been watched more than half a million times.

“Then, out of the blue, I was contacted by the Doctor Who production team. Apparently, fans of the show from all over the world had been emailing the BBC drawing their attention to it.

“It is highly unusual for the BBC to hire individuals at this level so I'm grateful for being given this wonderful opportunity and thankful to all those people who watched my YouTube clip and contacted the BBC."

Moffatt added: "There is nothing more thrilling than when the audience talks back. Billy’s brilliant concept for a new Doctor Who title sequence is the only truly new idea I’ve seen since the very original. I saw it a while back on YouTube, and was knocked out. It was a pleasure to get him to the Doctor Who studios to work on a broadcast version."

Hanshaw's titles can be seen below, with his original titles underneath: