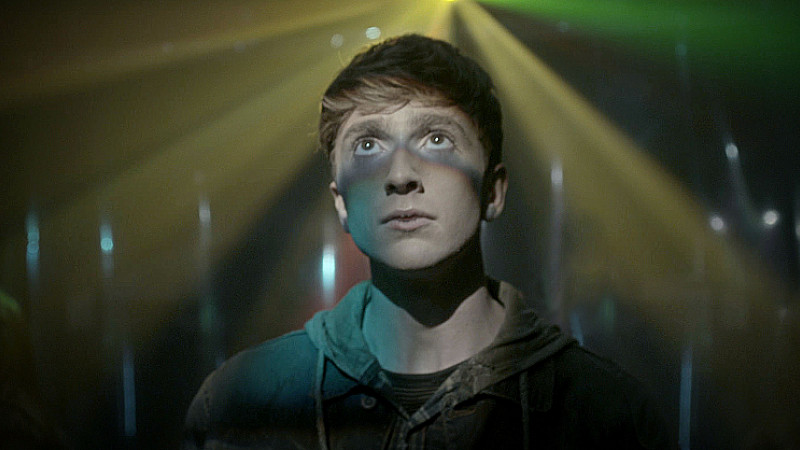 Filming has started in Manchester on the second series of BBC Three zombie drama In the Flesh.

After a well-received three-part run in March, the series is returning to the fictional village of Roarton for six new episodes.

PDS (Partially Deceased Syndrome) sufferer Kieren (Luke Newberry) will continue in his bid to fund an escape from his hostile hometown. A still from the new series

In the Flesh is made by BBC Drama Production North in Salford and the executive producers are Hilary Martin and Ann Harrison-Baxter. Jim O'Hanlon will direct.

He said: "Returning to Roarton village has been a real joy, revisiting old characters and inventing new ones, entangling their lives and their loves.

"My hope is that In The Flesh Series 2 will have something for everyone: with high octane genre thrills running alongside emotional, hard hitting domestic drama, with plenty of black humour to boot."

BBC Three controller Zai Bennett added: "I am excited that BBC Three viewers will once again have the chance to immerse themselves in writer Dominic Mitchell's intricate world, which brings such realism to the scenario of medicated zombies being reintegrated into the community. The popularity of series one is testament to the strength of the cast, production team and conviction with which Dominic writes."