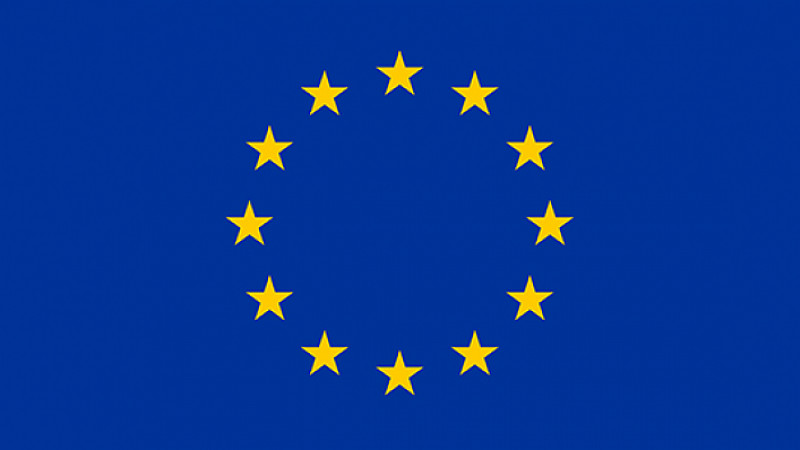 This is a leap into the unknown, but what could "Brexit" mean for the creative sector?

Last night the markets reacted with fear, with the pound falling to its lowest level against the dollar since 1985. UKIP leader, Nigel Farage hailed the vote as UK's "independence day", while Remain called it a "catastrophe."

We'll be gauging reaction from the industry throughout the day, because there are implications across the sector, not least the likes of Creative England and Screen Yorkshire, which provide cash across film, television and tech, which would lose access to EU funds.

“Brexit is likely to affect the marketing industry mostly indirectly. If new barriers, funding disruptions, and uncertainty slow down other industries, there could be a deeper recession here. Marketing budgets are often the first cut for cash strapped businesses.

“A lot depends on Britain re-negotiating access to the common market. We don’t know how long that will take, when it will start, or how it will turn out, only that we will start from a weak negotiating position. All sides know that we need access to them more than they need it to us. Plus there’ll be a fair amount of ill-will towards us, and a desire to make sure other countries see leaving as costly, and not a case of ‘why buy the cow if you can get the milk for free.'”

"There will be a period of EU negotiations over the next two years, but no matter how that develops, we can be sure the UK will remain at the forefront of global innovation and entrepreneurship.

"And the tech community – with its spirit of problem-solving and value creation – will be at the heart of that.

"Free movement of talent post-EU Referendum is a major concern to startups and scale ups alike, but the introduction of the Tech Nation Visa Scheme means our doors will remain open to the brightest and best. Also, the Entrepreneurs’ Visa and the Tier 2 general skills route.

"We are confident that the digital sector will continue to lead UK industry in productivity, growth and job creation.

"At least we now have clarity over the result. We can look ahead and continue to shape the best conditions for UK tech businesses to thrive in the world.

"As the eyes and ears of the UK tech community, Tech City UK will continue to support and accelerate the momentum however we can. "

"Here at Ruler Analytics we are disappointed in the vote to leave the EU. However, the digital marketing sector is one of the most resilient and growing sectors of recent times. Whilst there are a number of negatives to leaving the EU there are also many positives for an industry that has no borders.

“We certainly don’t think this change will affect the ability to recruit skilled labour from abroad, nor do we believe this will cause a shortage of jobs within a constantly developing and evolving market place. We are a serviced-based financial economy, which is driven by a great infrastructure of both education and training, and this has allowed us to be at the forefront of digital, and will continue to do so for many years to come."

“The UK is full of great businesses fuelled by enormous creativity and the free movement of ideas, goods and talent.

"Our country is a creative powerhouse and we know for sure that the creative economy will continue to be at the centre of our economic future; maintaining our competitive edge in the light of increasing global competition is vital. It is important that all parties pull together to ensure our vibrant arts, creative businesses and creative institutions are not impacted negatively by the uncertainty and turmoil of the next few weeks and months. And it is vital we build sustainability for our long term future rather than short term expediences.

"But creativity is not only a driver of our economic prosperity - it’s also at the heart of how we express ourselves and pull out communities together. As the UK looks to build a new relationship with Europe and the rest of the world safeguarding the institutions, funding and ecosystems that support creative talent and creative businesses to thrive will be of huge importance."

“The decision to exit the European Union is a major blow to the UK film and TV industry. Producing films and television programs is a very expensive and very risky business and certainty about the rules affecting the business is a must. This decision has just blown up our foundation — as of today, we no longer know how our relationships with co-producers, financiers and distributors will work, whether new taxes will be dropped on our activities in the rest of Europe or how production financing is going to be raised without any input from European funding agencies. The UK creative sector has been a strong and vibrant contributor to the economy — this is likely to be devastating for us.”

10.45am UK Fast's Lawrence Jones writes his thoughts on Brexit

“The UK and EU are markets that have continued to offer tech businesses huge growth potential and the international business community has been overwhelmingly supportive of our industry. Technology does not observe boundaries and we have been lucky to enjoy an inspiring array of tech from the UK, Europe and even further afield, which we have been able to access and use for the benefit of our customers. The UK tech industry has been in a strong position and the only limitations we’ve faced to do business has been our own ability. With the impending Brexit, there is now a high level of risk and uncertainty over our future and questions are being asked as to how will we be able to build on our success and further grow without the support of the EU.”

8am Sara Wilde-McKeown, managing director of communications agency Influential, and chair of the tourism group within the Liverpool Enterprise Partnership:

“Manchester and Liverpool voted to remain and this outcome will take some processing by civic and business community - it's the biggest political upheaval in a generation.

“There will be an obvious concern about the political impact on George Osborne in particular and what that might mean for delivery of the Northern Powerhouse vision.   Many of our clients will be thinking about the immediate ramifications in terms of inward investment and the overall perception of UK Plc. There's no doubt the ripples from this will affect all of us. That said, the county has spoken and we just have to get on with it. The one area likely to be less affected is culture and tourism - and the North West will continue to have much to offer.”

7.30am Professor Diane Coyle, Professor of Economics at the University of Manchester:

“The UK is in for long period of great uncertainty, which in itself damages the economy because people hold off on their planned spending.

“The fall in the pound will have immediate effects, making Britons' overseas holidays more expensive and tending to push up prices of imports like food. We will probably quite soon see reduced investment by foreign businesses.

“People should be under no illusion that the vote is a bad outcome in terms of the economy for the foreseeable future."

A third of the UK’s international programme sales comes from Europe, that’s around £378m.

Filming in the region is going through a boom time and that had been helped in part by European funding.

The film sector is worth around £20m to the Yorkshire economy.

European cash has also been used to fund dramas such The Last Panthers, Warp Films’ co-production with Haut et Court. This received €1m.

Tax credits for children’s film and television could also disappear.

However, some, including veteran indie producer and Chair of TVT, Bernard Clark argued that Brexit could be a good thing, because of the levels of EU bureaucracy and regulation. His feeling is that if people want the programmes, then they will buy them, regardless of the EU.

On the other side is Carolyn Fairbairn, director general of the CBI and former strategy head at the BBC and ITV:

“The biggest impact would be not being able to influence EU regulation, particularly around intellectual property and the Digital Single Market (DSM) – having all those rules imposed because we have a stronger industry than many of the European countries, particularly in TV production. There would be a real risk.”

“Being in the E.U. means that our feature films, our television programs and our games can travel far more easily across borders because they are not subject to quotas or taxes of any kind in Europe," the group said in a statement.

Recent surveys of the UK digital sector show that they had been overwhelmingly in favour of remaining in Europe.

The main fears about the Brexit were international trade; talent recruitment; and encouraging large multinationals to operate in the UK at the same scale they had been.

Responding to questions in the Commons about the North East’s digital industry, Ed Vaizey, the Government minister responsible for the digital economy - and a remain campaigner - said that a Brexit would be an “absolute disaster” for the sector.

“We are the heart of negotiating the digital single market,” he said in May. “which will give our industries even more opportunities, and that is why we must stay in.”

He added that new deals with international partners would take “absolutely years to renegotiate.”

For those who’ve campaigned for the Brexit, they’ve done so because of the potential reduction in red tape. A continuing theme across all sectors. They also argued that tech and digital was a global industry, rather than purely a European one. (Juniper Research).

Also, the games sector has had run-ins with the EU, with the Union investigating proposed tax breaks, seeing if they amounted to "state aid." Tax relief offered by the UK government would no longer be subject to potential vetoes from Europe.

In a recent survey by PR Week, only 52.81% of respondents thought that a Brexit would have a negative impact on the sector. That was broadly from agencies operating across the continent.

10.11% thought it would have a positive result, not least in the short term, due to the extra work that would come about, not least the rebuilding of “Brand Britain”. The “galvanising, liberating, empowering moment of patriotic renewal” that Michael Gove spoke about in April.

Sir Martin Sorrell, CEO of WPP feared that his Group would lose influence in 4 of its top 10 markets - Germany, France, Italy and Spain.

Advertising Association boss, Tim Leroy said that the industry would be resilient regardless of the result, because of the strength of its service.