Mark Linsey, the BBC’s acting director of television, is to replace Peter Salmon as the head of BBC Studios, the corporation’s new production division.

Salmon, who oversaw the set-up of the BBC's Northern base at MediaCityUK, recently announced his departure from the BBC to become chief creative officer at Endemol Shine.

Linsey will now take change of all of the Corporation’s in-house content production. The BBC Studios division was created last year as part of BBC director general Tony Hall’s “compete or compare” revolution, one of the biggest shake-ups in its programme-making history.

Charlotte Moore, who is currently responsible for BBC TV channels and iPlayer, will take over the director of television role on an interim basis.

Director general Tony Hall said Linsey was “an exceptional programme maker and a first class leader, who makes things happen, and gets the very best out of those who work around him”.

He added: “That combination is vital if the BBC is to continue with the phenomenal run of critical and audience success we are seeing with our programme making.

“We are on a high and Mark is the right person to build on that success. He’s a real talent and the perfect choice for this role.”

END_OF_DOCUMENT_TOKEN_TO_BE_REPLACED 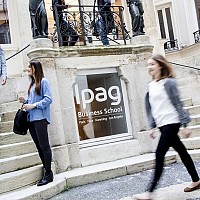