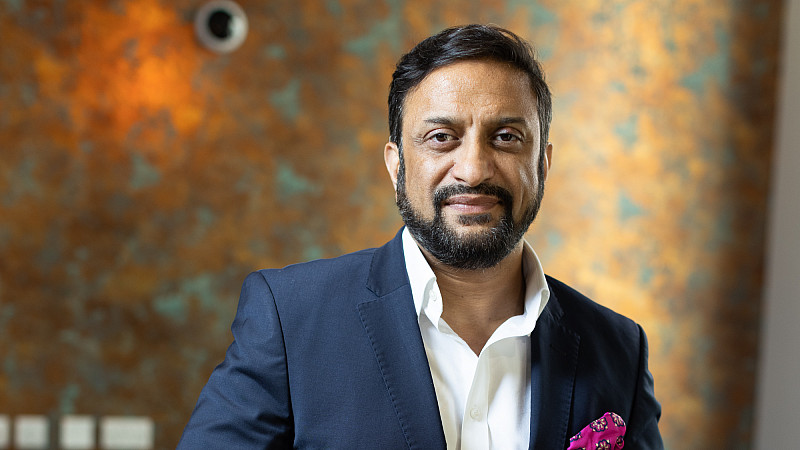 Mo Isap, founder and CEO of IN4 Group - the operator of innovation hubs in the UK regions - has spoken of the company’s plans to expand and support a wider range of innovators, and explored the innovation blueprint at its heart.

Over the course of the past 12 months, the group has increased its headcount by nearly 50, generated around £4 million of new revenue, launched six new programmes, and much more.

IN4 Group, a provider of skills, innovation and start-up growth services, is focused on breaking down the barriers of entry into digital technology, as well as providing significant returns for local regions running the risk of being left behind.

Born and bred in Blackburn, Isap grew up in household of four families living in the same property. After succeeding at school and getting into college and then university, he realised he was "able to shape what was going to define my career and my future” - which, until then seemed “very much decided for me”, he told Prolific North.

His first business was in digital print, as MD of Manchester Print Graphics (MPG) - in the mid-90s, “quite an innovative space”. MPG was ultimately listed in the Financial Times’ 100 fastest-growing companies in the UK, and was eventually sold to the Hobs Group, where Isap was Director from 2013 to 2018.

He said, “from 2013, with the Hobs Group, we then led the establishment of the biggest 3D printing business operation in the UK - an immersive VR, AR and 3D laser scanning operation. That was a huge move into that space, and probably one that gave me a lot of clarity about establishing IN4 Group.”

With innovations arriving like VR, AR and 3D printing, Isap said it was apparent that such an industrial revolution was coming up against a significant barrier in terms of organisations’ skills capabilities.

Whenever he was recruiting for a technology specialist, he wouldn’t end up finding any talent from the UK, but instead “end up employing somebody with a PhD from Poland”, for example.

From this he identified two problems: making opportunities for local individuals more accessible first of all, along with the problem facing businesses that didn’t have the skillsets internally. “The skillsets weren't there and a lot of companies weren't adopting this, and they were being left behind.”

He defined what would become the blueprint for IN4 Group in 2017, with the goal of solving the problem for industry by offering them a talent pool and the relevant technical skills for their organisation “to actually grow your business properly”.

The sustainable and self-fulfilling blueprint

IN4 Group bridges the gap between industry and education, offering what Isap calls a “unique” model - “based on Industry 4.0 innovation, and how I could make that understandable.”

Its mission is to use innovation and technology to deliver top outcomes in the towns and second cities from their regions - places including Salford, Rochdale, Preston and Blackburn.

“We will work in… and activate a tier one outcome in those places, because that’s where the biggest potential is.

“At the moment,” he said, “everybody's playing a zero-sum game - we're saying we're not going to do that, we're going to create a new prosperity.

“We combine Innovation Services with start-up growth programmes and skills and talent development, all connected symbiotically into one system.”

IN4’s model is sustainable and self-fulfilling. “It creates its own demand in the regional economy, which drives the talent requirement which we then supply. It creates, organically, entrepreneurs who can then become connected to the place.”

HOST, the Home of Skills & Technology based in Salford at MediaCity, is “exemplifying how you unlock the potential of a second city", said Mo. It’s the country’s 18th most deprived local authority region, but also has MediaCity, which is the region’s highest contributor to GVA - “that’s a huge contradictory spectrum.”

The group has also developed “the biggest bootcamp operating model anywhere in the UK” - Skills City. In July, Skills City secured a £1.2 million contract from the Department for Education (DfE) to run six technology bootcamps, certified or mapped to an apprenticeship standard.

“Currently, we are going to get 450 people into jobs by March of this year - that's in six months,” he said. “53% of those are BAME, 42% are female - we've got taxi drivers who are now going to be cloud practitioners. 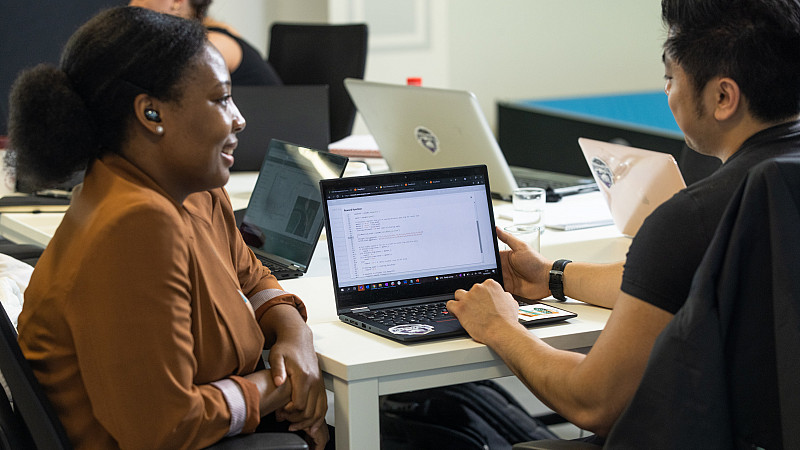 Skills City is focused on the people but with a strong consideration for the employers - “not skills and training for the sake of [it], it’s about the jobs, getting people into those career starts,” said Isap.

Furthermore, “it's a perfect connection to be able to support start-ups without them going and spending their investors' money on high-wage DevOps.” Once again, the model is intended to be sustainable, helping individuals while giving companies the talent they desperately need.

By focusing on a circular model, IN4 Group not only helps individuals acquire skills and get into jobs - and businesses to access the skilled staff they need - it helps continue investment and growth by getting returns for partners and sponsors. “For every pound that HOST and Skills City take,” said Isap, “we return £4.40.”

The concept is that investment is allowed to be truly that - innovation hubs need a commercial vehicle, said Mo, so it’s not just funding. “It shouldn’t go in to keep the lights on,” he continued.

Operations in Salford, Lancashire and the Midlands are connected centrally by the group, which allows Mo to gain leverage with the government - which, he said, “is seeking a quick return… I need to make sure I can be there to ensure they don’t just do it for votes, but we can use that investment to really put some serious foundations down.”

Companies which come to make the most of the talent from IN4 Group don’t do so just for the sake of optics either. “It's not good for Amazon, Google or Facebook to be sitting in a city and having staff which look a certain way,” said Isap.

They choose to partner with the group for the diversity of talent too, and the opportunity to identify bright individuals from underrepresented areas they might not previously have accessed.

“It's about solving their problems as well, and that's what I'm doing,” he continued. Partners like Amazon, Unity, Microsoft and Siemens aren’t only working with IN4 Group because it’s good for them to be associated with, they’re coming actually looking for DevOps from a range of backgrounds, for example, but their HR system doesn’t lend itself to accessing top talent from towns like Rochdale.

What’s more, IN4 Group is interested in diversifying the pool of entrepreneurs.

In his time, Mo said he had noticed a “stratified demographic”. Innovators come from varied backgrounds, but through his work at universities and their spin-outs he saw mainly middle-class people, predominantly men, who could rely on money from family to bootstrap themselves or go and work somewhere else if it didn’t work out.

In this respect, “that real magic that entrepreneurship brings was being lost because it was being taught as a quasi-mini MBA… Entrepreneurship is about connecting with so many different diverse views,” but that’s not always the reality.

“Feeding those three problems in: The lack of adoption by SMEs, the lack of fair access for people from different communities to be skilled in tech careers, and this very stratified tech world,” IN4 Group was the solution. 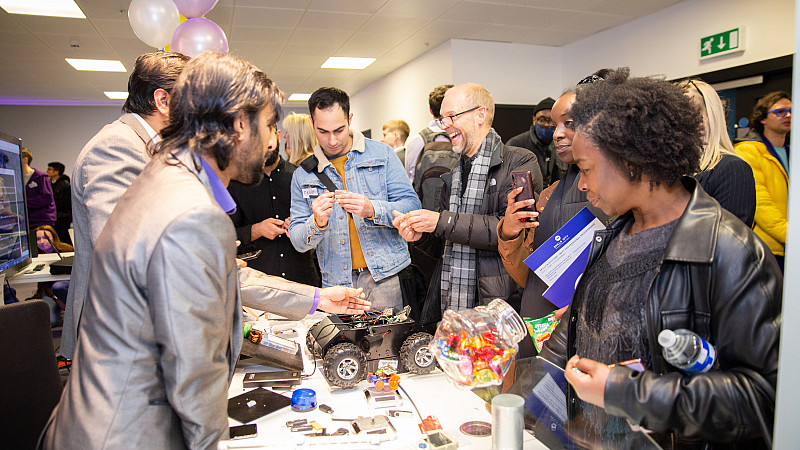 "Entrepreneurship is about connecting with many different views"

What’s on the horizon?

It’s been a very successful period for IN4 Group. As well as growing its headcount, one of its recent programmes was FreelanceHER 100, the recent accelerator which was designed to help female freelancers and startups.

Over the course of just 12 weeks, Isap said, FreelanceHER 100 “actually delivered £2.97 to every pound.”

FreelanceHER 100 was shortlisted for the Tech for Good Award at this year’s Prolific North Tech Awards, and offers mentorship from female entrepreneurs, networking opportunities, new revenue streams and support in legal, marketing and business.

And with the National Cyber Force recently having been announced as coming to Samlesbury, Lancashire, Isap told Prolific North that IN4 Group is “going to be very much on the back of that with a cyber innovation blueprint.”

Its commitment to supporting entrepreneurs and the community around them remains strong. They’ve partnered with the Salford Credit Union, investing into their entrepreneurs using a loan from the financial services provider - underwritten by IN4 Group.

Being made up of Salford savers, they get a dividend when the innovator repays their loan. That means, said Mo, “Joseph the retired plumber becomes a tech investor, he gets a dividend and he gets to be able to contribute to the growth of social and economic value in his city, because that entrepreneur succeeded.” That’s the new economy IN4 Group is working towards. 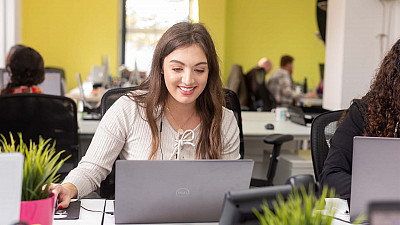 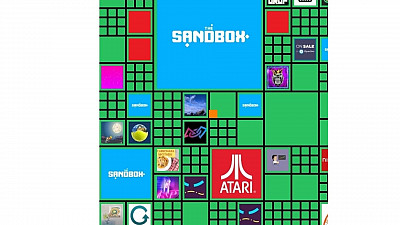 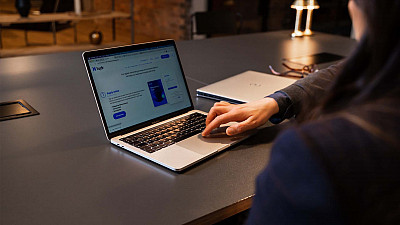 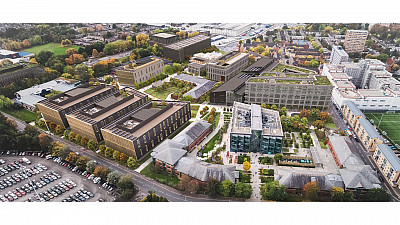 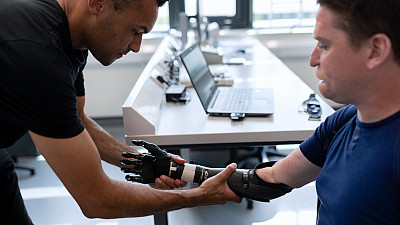 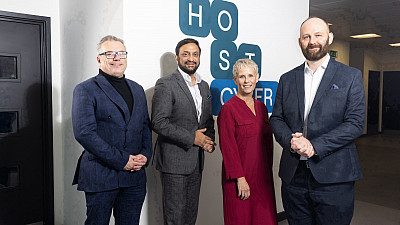 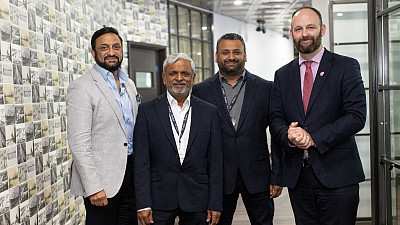