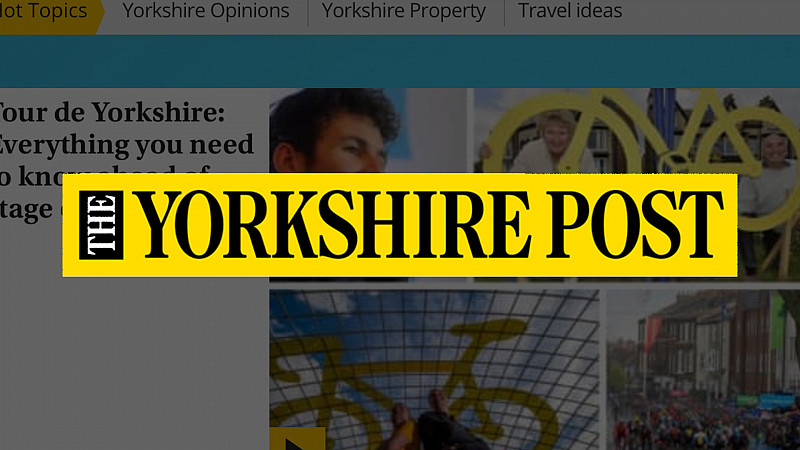 The Journal’s Stuart Rayner has confirmed he is to become chief football writer for the Yorkshire Post - as first revealed by Prolific North last month.

He takes over from Richard Sutcliffe, who left the Yorkshire Post after 15 years in August to cover Sheffield United for The Athletic.

Rayner, the regional football writer for Newcastle-based newspaper The Journal, tweeted: “Thanks to everyone who made it such good fun and to all of you who shared, commented, questioned and criticised on here.

“Next stop for me is @YPSport which I’m really excited about, but I’ll always look back fondly on this time.”

When the chief football writer job was first advertised, Yorkshire Post editor James Mitchinson gained national attention by saying he wanted ‘a girl’ to get the job. He tweeted: “As a boy, I’d dream of getting this job. As it happens, I want a girl to have it.”

Last day after 14 years working for @TheJournalSport. Thanks to everyone who made it such good fun & to all of you who shared, commented, questioned & criticised on here. Next stop for me is @YPSport, which I'm really excited about, but I'll always look back fondly on this time.

After being criticised for discrimination by some readers, he responded: “I’m saying, I’d love a woman to prevail in what is likely to be a very competitive process. Because I’ve inherited a sports team with not a single female sports journalist. 25 journalists. All men. I’m not cool with that…”.

The Post still does not have any female writers on its sports team.

Prolific North has contacted both Mitchinson and the Yorkshire Post for a response, but not received a reply. Rayner had worked for The Journal for 14 years and covered Sunderland, Newcastle United and Middlesbrough.

His 2016 book ‘The War of the White Roses’, which chronicled Yorkshire County Cricket Club between 1968 and 1986, was shortlisted for the Cricket Writers’ Club Book of the Year Award. 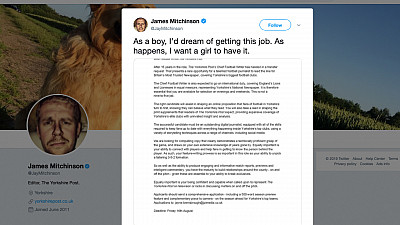