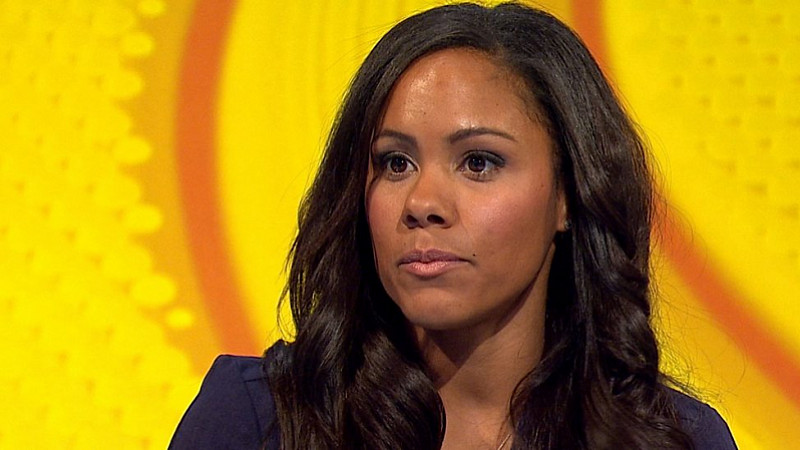 The BBC has denied reports that Alex Scott has been chosen as the new presenter of A Question Of Sport after Gary Lineker tweeted his congratulations to her.

The broadcaster said "no conversations have been had" about the future line-up of the MediaCityUK-produced programme.

This followed a report in The Sun claiming that the 35-year-old would be taking over from Sue Barker as host of the show - and a subsequent tweet of congratulations from Gary Lineker.

"Congratulations and good luck to @AlexScott on being the new host for Question Of Sport,” the 59-year-old wrote.

"Smart, knowledgeable and perfectly qualified for the role. Oh... and if you have a problem with Alex getting the job, you might just be part of the problem."

The love & support shown to me yesterday has me smiling through the weekend #thankyou I am going to #keeponkeepingon like always!

The only thing that is signed sealed delivered that I am buzzing about right now though is....@Aubameyang7 @Arsenal 🙌🏾🤣 #COYG pic.twitter.com/qKR7HAGhYS

Lineker later deleted the tweets. Following the reports, the BBC received several abusive tweets from viewers unhappy with the changes - as well as many congratulating Scott.

The former England Women's footballer tweeted: "The love and support shown to me yesterday has me smiling through the weekend #thankyou. I am going to #KeepOnKeepingOn like always!"

She added: "The only thing that is signed sealed delivered that I am buzzing about right now though is Pierre-Emerick Aubameyang at Arsenal," she said, referring to the team's captain signing a new deal on Tuesday.

The broadcaster also shared an anti-racism poem she wrote in 2018 on her Instagram Story, with the line: "Some want to say I'm ticking a box, but that's not me."

The poem, written about herself, also said: "I was that girl that played football, I didn't really care,

"I was that girl that played football, long brown hair.

"I was that girl that played football, with no regards to the colour of my skin,

"I was that girl that played football, because I always wanted to win....

"Hi, hello, I'm Alex Scott and you know what, football is me."

As Prolific North reported last week, Barker has been sacked as presenter of the show after 24 years. Team captains Matt Dawson and Phil Tufnell have also departed.