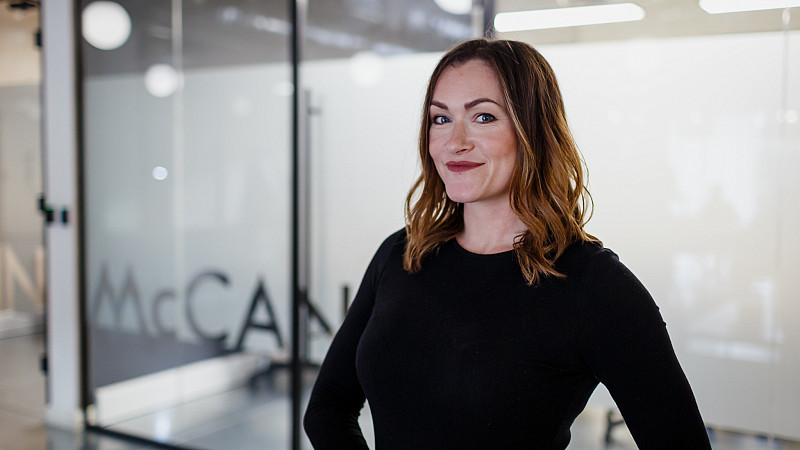 The creative industry is "very much alive and buzzing in the North," says McCann Leeds' newly appointed Associate Strategy Director. Here she explains how the agency is teaming up with the likes of Channel 4 to encourage the next generation of talent to come forward, regardless of their background.

While McCann Leeds is a big name in the agency world, working with the likes of Reckitt Benckiser, Yorkshire Water and the University of Leeds, the agency is keen to make careers in the creative industry accessible to all within the region.

“We're trying to showcase alternative options to people who would've thought that the only way to get ahead in advertising, in marketing, is to follow traditional and established education-career pathways,” Coral Cranmer, Associate Strategy Director at McCann Leeds, told Prolific North.

The agency is keen to showcase how Leeds - and the North - is already fostering and investing in the next generation of creatives in a thriving, creative talent hotspot.

The vision is to show a new wave of talent that there is “a culture of talent incubation on their doorstep” which is very accessible if they know where to look.

“What we want to get out there is to broaden peoples’ understanding that the creative industries are a viable career option for young people - regardless of their background," she said.

Channel 4, which recently announced the launch of its new creative careers initiative for disadvantaged young people, has partnered with McCann Leeds to showcase the variety of roles available across the creative sector in the region.

Up to 16 young people with a passion for the creative world, aged 18-24, will undergo six weeks of training followed by an eight-week work placement at a number of creative businesses including McCann Leeds.

Kevin Blacoe, Head of Partnerships at Channel 4, said the relationship between the two companies goes “back a couple of years” stemming from when the companies worked together for a number of creative courage events, aimed at championing the regional creative scene.

The agency shares a “similar set of values” to Channel 4 with a “focus on creativity, the desire to support and nurture local talent”, he explained.

“We put a call out to some of the creative businesses in the city and obviously McCann Leeds were pretty much at the top of the list of people that we wanted to speak to, given we had that relationship already,” he said.

On the new initiative, which will see McCann Leeds take a number of young aspiring creatives for a work placement, he said a key part is “encouraging people from disadvantaged backgrounds” who may have felt that a creative career was out of reach. 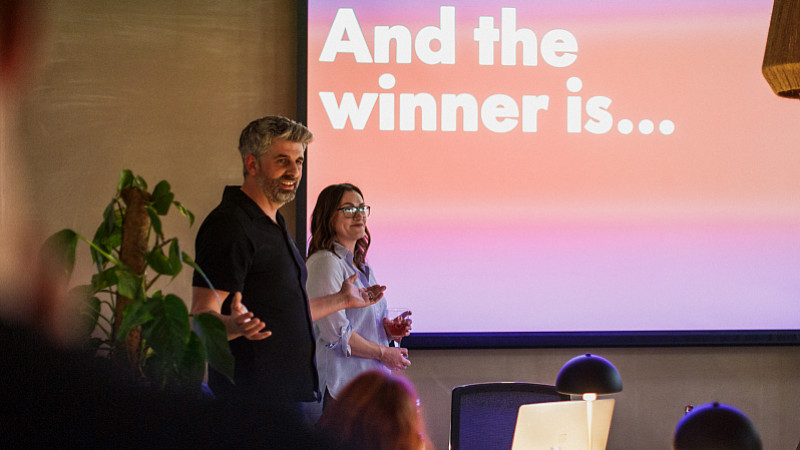 An evening of creative pitches at McCann Leeds.

“It’s trying to break down that barrier and say actually Leeds has got a really thriving landscape.

“If you can turn your passion for making content or having a voice, look at these sorts of opportunities, these are relevant and you should be able to take advantage of them. It's really exciting,” he said.

Drawing from her own personal experience, Coral faced her own barriers with her ambition to venture into the creative world.

“I wanted to do Fine Art at university and was told to get a proper job. So I didn't,” she said. “I think that's because my dad was wanting to protect my future.”

Although she was able to forge a path forward with a creative degree by studying design management with business management as a major, “it wasn’t the fine art side of things”.

She confesses that she was a “rebel”, which is what steered her towards continuing with her creative ambitions.

“I didn't want to do what I was told, which bodes well for this industry! Rule-breaking is a positive attribute when you're a strategist,” she said.

Keen to showcase the variety of careers available in the agency landscape and creative sector, she explained how her own role wasn’t one she started out with.

“I didn't always know I'd want to be a strategist, I always wanted to be creative and I didn't know the different career paths that there were within the industry,” she said.

“Strategy in particular, most strategists tend to come at it half way through their careers, not at the beginning.”

The wide spectrum of career options available in the industry is why the agency is now working with Leeds Arts University, as well as showcasing why education plays a vital role in shaping the next generation of creatives.

Working with Leeds Arts University on its ambitions to foster the next generation of talent, the agency has started up guest lectures, setting briefs and hosting creative events for the university’s Creative Advertising course students. 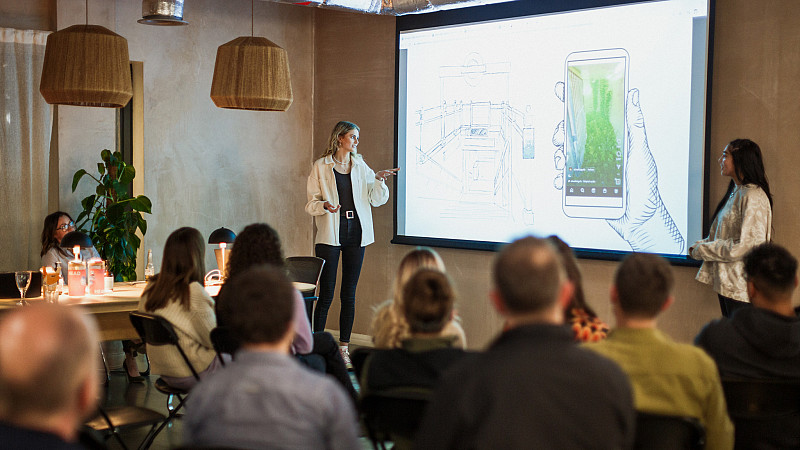 It forms part of the agency’s Creative Courage initiative to connect with the local industry and encourage creativity.

“It was a way to challenge people's perception that Leeds was a very digital first or artwork first agency region, we've got some of the most creative businesses in the country,” she said.

As part of this, the agency recently hosted an evening of creative pitches from the university students, where they were set a fictional brief surrounding one of the UK’s high street retailers by Coral and Junior Strategist Selina Smyllie.

The event is designed to showcase to the industry, and the agency’s competitors, that “there's loads of talent, let’s share that talent and recruit that talent within the region,” she explained.

Nicholas Young, Senior Lecturer in Creative Advertising at Leeds Arts University, explained how during the lockdown period he had to adapt and become more “inventive” to ensure students were still able to tap into the creative world whilst stuck inside their bedrooms. 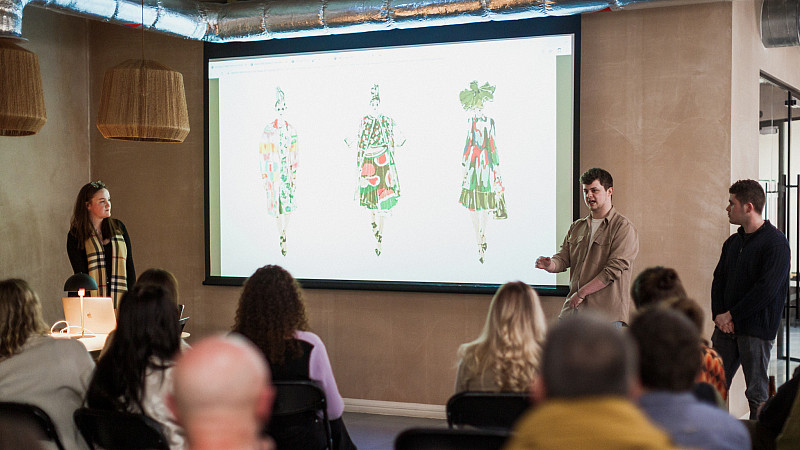 From liaising with creative companies from Mumbai to even Antarctica remotely, he wanted to galvanise the students to demonstrate the availability of creative careers.

He then reached out to a number of agencies, including McCann Leeds, with a vision “to start opening doors for students” and to show that it “isn’t scary” being in front of creatives in person.

Through doing pitches and meeting people at McCann Leeds in person once the lockdown restrictions eased, he said it offers a valuable real-world experience for students.

“Starting this education pathway, we want to get more involved in schools, we want to increase that outreach,” said Coral.

Moving on to the topic of diversity in the creative sector, Coral noted that McCann Leeds is keen to attract talent from across the rich mix of communities within the Leeds region.

When recruiting for new roles, the agency currently struggles to “get the diversity of applications that we want” as they still end up getting the “same people that look like us, that sound like us”.

Whilst things are changing, she added that there is perhaps a ‘cultural driver’ within the community for children to follow a more traditional career pathway. She suggested that there is a need to “educate the parents, not necessarily the children, that actually there is a very lucrative career in being creative”.

Through partnerships with the likes of Channel 4 and Leeds Arts University, the agency is on the path towards changing this and hopes that in the future, it might even be able to welcome these individuals as employees.

These partnerships support McCann’s wider commitment to diversity, equity and inclusion through its hiring, which recently included the appointment of 25 interns to its Kickstart programme, as well as a successful apprenticeship programme across its offices.

“We recognised that in order for our industry to progress and be better creatively, we need way more diversity than that.

"One of the things that we are trying to do, as a whole business, is to work on better ways of attracting and integrating people regardless of race, gender, disability or sexuality," she said. 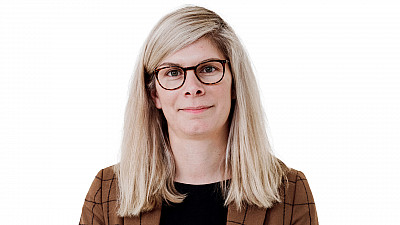 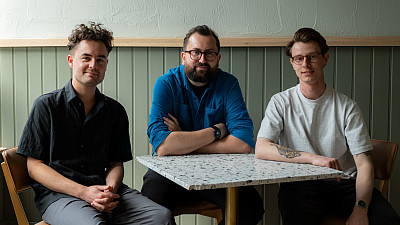 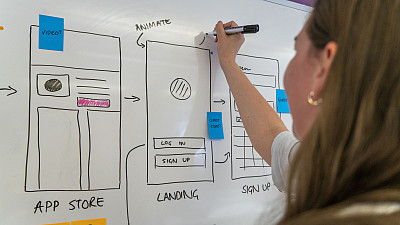 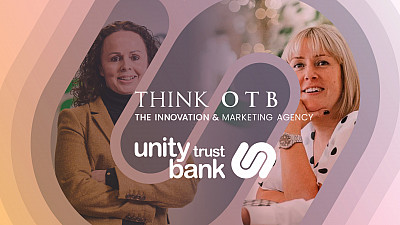 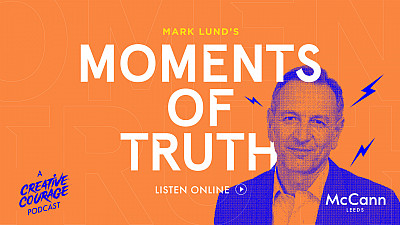 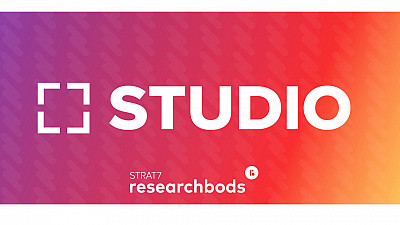 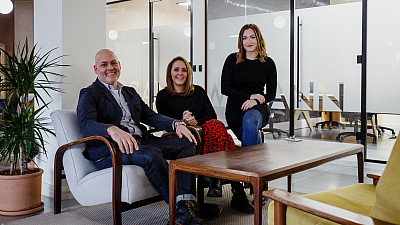 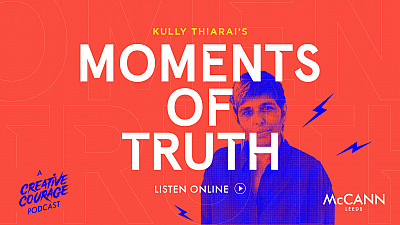 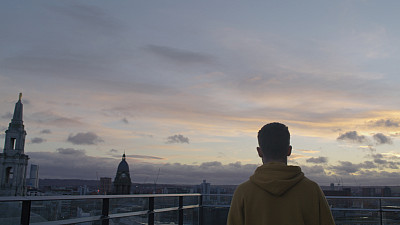 McCann Leeds teams up with Sodium for LEEDS 2023 film