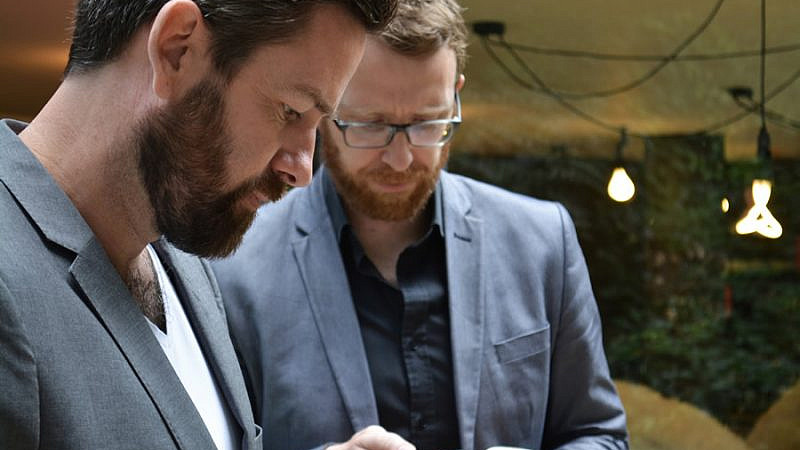 Prolific North recently brought together senior figures from agencies across the North including Intermarketing, Banana Kick, Brass and Hatch Communications to swap experiences of their M&A activities and trading styles and to hear some thoughts on current trends in M&A from corporate financiers.

The session in Leeds was delivered in association with Clarion Solicitors and Knight Corporate Finance, who jointly supported Prolific North’s week-long Mergers & Acquisitions initiative over the summer looking at ‘deals’ in the marketing and media sector in the North over the past six years.

Attending from our two partners in this initiative were Jonathan Simms and Steve Crow from Clarion Solicitors and Sam Davies and Kinga Drzewieka of Knight Corporate Finance.

Research conducted exclusively for Prolific North by Knight Corporate Finance and financial data information company Zephyr detailed almost 250 transactions that have taken place over the past six years in the creative industries of the North: the full report can be found here. This is a sector which is increasingly ambitious and which, in turn, is being offered an expanding range of growth options and advice from an increasingly interested professional and financial community based in the North. Fortunately for creative industries companies in the North, the national appetite for investment in people businesses, particularly creative industries people businesses, is more pronounced than arguably it has ever been. And with IP values to the fore across production and broadcast companies, digital agencies and content providers, there is also more financial leverage and variety of finance available to Northern companies on their home patch than ever before. And this increasingly rich seam of activity and their experiences of dealing with it was what the attendees gathered to discuss at the offices of Clarion Solicitors.

Ben Hatton, having recently stepped down from his senior management role at Trinity Mirror (having earlier sold his digital agency Rippleffect to the publishing group for £5.8m), offered some thoughts spanning his experiences building and selling Rippleffect through to his current role as partner with the private equity firm Praetura Capital, which targets entrepreneurs and fast growing companies, often in the digital and tech sector.

Hatton said it was often lonely running a business and in hindsight he wishes he’d been able to access some of the advice he and the advisers at the roundtable were now offering ambitious creative and digital companies, but he’d learnt to run Rippleffect through the time-honoured method of learning by mistakes.

Ironically he recalled, much of the guidance he received was not structured but often came about by being a guest at corporate do’s of professions and financiers who, once a few drinks had been imbibed, always got round to asking him increasingly direct questions about Rippleffect and his management and aspirations for the agency. And these became some of the subsequent challenges that he needed to address within himself and for the agency: lifestyle, selling, acquiring – he needed to address these and what the “end game” was likely to be.

Once in the TM fold, his digital expertise was steadily called upon by other parts of the broader business and he enjoyed his new role but eventually, “having done my corporate stint at TM and with a sale of Rippleffect on the cards, I decided I had done my time and needed to go back into the entrepreneurial world”.

Use other peoples' money

He now advises four companies within the Praetura portfolio spanning eCommerce, data and advertising and has taken stakes in two of them. “It’s been a great journey over the 16 years with very few regrets. But I would urge prospective creative and digital entrepreneurs to “use other peoples’ money wherever possible”.

Sam Davies of Knight CF said that Hatton’s advice was fortuitously timely in that currently there is an appetite and a wall of cash for acquisitions in the sector, particularly for those companies with recurring revenue and profits above £1m.

Jamie Allan advised the round table that he and his partner Steve Sowden had deliberately steered clear of private equity investment when they undertook their MBO of Intermarketing in 2011, raising the funds instead through bank and directors’ debt. They had a mistrust of venture capitalists which over time they now partially attribute to a combination of naivety and brashness and they would no longer rule out taking on private equity investment if an appropriate opportunity arose. But work life has gone well for the two and their agency since the MBO. The previous management had let the agency drift into essentially what had become a lifestyle business and Steve and Jamie were feeling more ambitious and since the MBO, it appears their ambitions are being realised.

Sales and ptp have risen from c£10m and £1m to c£23m and £2.4m for the current year. Along the way, they have also opened new offices in London, Amsterdam and Sydney and acquired digital agency Teabag which has since grown from 13 to 30 staff.

“Part of our USP," said Allan, “is our commitment to service and continuous improvement.”

Nick Goring said that in his experience, the “introduction of private equity into the equation is as much about a new emotional contract as it is about the money and tighter financial discipline. A contract with the PE is quite different to the contract you have with yourself and your own company. This is something that can come as a surprise to many who take on PE. The investment comes without emotional baggage which can prove hard for some to adopt to – even though their business typically grow and develop faster with external finance and support.”

Davies added that for reluctant creative industries bosses, a new avenue was opening up with larger corporates now spreading their interests to the creative sector with an increasing number of UK and overseas corporates taking stakes in companies, buying up to 50% stakes in smaller companies but typically on terms less onerous than those private equity houses.

WPP had started doing this, said Davies, and also The Marketing Group in Singapore, which has stakes in 19 agencies across the globe with half a dozen of them in the UK, as well as the Mission, which takes in 13 agencies including Robson Brown in Newcastle. This arrangement said Davies allows smaller agencies to crystallise some initial investment whilst levering the greater balance sheet of the holding company.

Companies in the creative sector are becoming more valuable these days

Jonathan Simms of Clarion Solicitors said that the whole sector had structurally moved well beyond its earlier historical characteristic – with a few exceptions - of companies employing half a dozen staff with little in the way of assets.

Today the market was comprised of many more medium and larger agencies and media and marketing firms, often underpinned by digital developments and in many cases supported by recurring revenues and other digital assets. He pointed out that half a dozen Yorkshire agencies in the past couple of years alone had seen new owners or changes in management involving sizeable sums, from Jaywing’s £8m acquisition of Bloom and £18m for Epiphany to Summit Media’s even larger sale to TCC Global: the trajectory of the sums involved and the frequency of bigger deals was clearly upwards. The discussion then moved towards clients and business development and Sowden surprised the group by stating that Intermarketing had only lost one client in the past six years but had also only added three. “Business,” he said, “has been stable and rather than chasing new clients, we opted to instead to upscale our offer to existing clients – and it seems to be paying off. Stability of staff and clients has been crucial to our development.”

James Hickman echoed this and added that his agency’s client retention had been “amazing. We don’t pitch much ourselves, deliberately, whereas a majority of agencies invest an awful lot of time on pitching for new business.”

John Morgan echoed this view saying that Brass was “not pitching anywhere near as much as we used to. It’s been a big change for us but a positive one as the extra energy goes back into the day job.”

Moving onto staff and recruitment issues, Steve Crow said that their clients had noticed an increasing trend of staff wishing to relocate from London for lifestyle reasons which was helpful for more senior roles. At the other end, Hickman had noticed there was also more investment in apprenticeships being undertaken, often anchored on a view that higher education wasn’t delivering the digital and communication skills required.

Allan’s view, which was generally endorsed by the gathering, was that “agencies who complain about a lack of talent out there should look at themselves. There is lots of talent out there but it’s up to the agencies and media companies to find it and retain it... and the good ones do!”