Broadcaster, writer and presenter Clare Balding is to give the Chancellor’s Lecture at a Lancashire univesity this autumn.

The annual Chancellor’s Lecture is one of the major events in Edge Hill University’s calendar in Ormskirk.

Chancellor Professor Tanya Byron, a chartered clinical psychologist, journalist, author and broadcaster will introduce the lecture and chair a Q&A session on 13 November.

A familiar face on television sport, Balding is one of Britain's leading broadcasters, having won the BAFTA Special Award and RTS Presenter of the Year Award for her expert coverage of the London 2012 Olympic and Paralympic Games.

She worked in radio since leaving university in 1994, and has been presenting sports on television since becoming the face of the BBC’s racing output in 1998. Since then, she has worked on five Olympic Games, four Paralympics and three Winter Olympics, and has presented racing for the BBC and Channel 4.

Professor Byron said she was delighted to have Balding delivering the lecture. She said: “The University has a long history of Sport and Physical Activity education and with new multi-million pound sports facilities opening this September, the timing of her lecture this Autumn couldn’t be better. I’m very much looking forward to hearing about Clare’s varied career and the experiences that have led to her becoming one of Britain’s leading broadcasters in this, the year we at Edge Hill celebrate being University of the Year.” 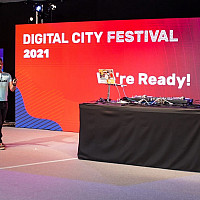