A Week in My Life: Neil Lancaster and Dave Price from McCann Manchester 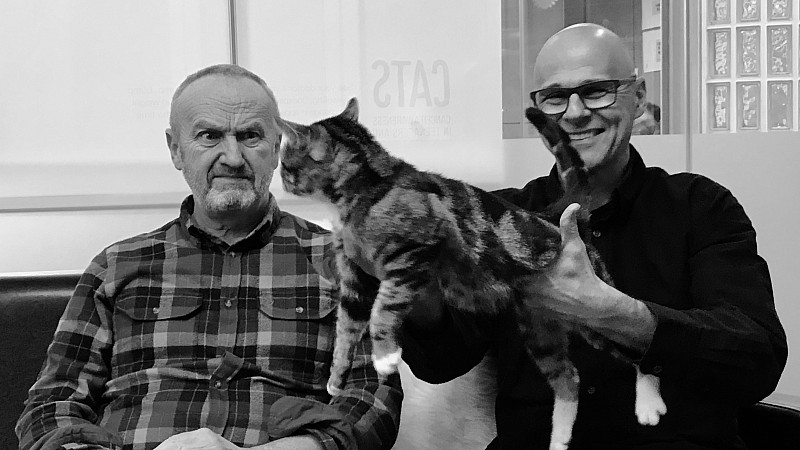 This week McCann Manchester Creative Director Neil Lancaster and Executive Creative Director Dave Price run us through a week in their working lives. To suggest another senior media or creative figure for A Week In My Life, please email david@prolificnorth.co.uk.

We have a lot of ads to do today. Loads.

But first, the agency cat must be fed. A feral tabby of about nine years.  As I spoon out his meaty chunks, with no lumps of fat or gristle, something in his little face tells me that he knows the agency has some pressing deadlines.

At some, almost psychic level, the animal is aware that we have to produce two full service pitches in January.  If I were to ink his tiny paws and gently lift him onto a sheet of A2, what might he produce?

If there is one motif which represents Bonis Hall, it is surely the Cat.  The grounds of the agency were originally designed to resemble the shape of a cat’s body.   An architectural whimsy that can only be fully appreciated from an aircraft.

The heart-shaped Coach House forms the ‘nose’ of the cat; the winding front driveway and exit road represent its ‘whiskers’; the quadrangle of the pool area is the ‘body’ of the cat, while Account Management forms its reproductive organ.

Tomorrow is Bring your Dog to Work day.

Knowing the popularity of Rhodesian Ridgebacks in the agency, I feel some sympathy for the cat. I put his empty pouch of Felix into the bin and wash my fingers with Carex.

Dave rings. He has driven down at six to an emergency meeting with client.  This will mean more ads. And lots of them.

PR have been on again. They need The History of Bonis Hall blog finishing by midday Monday, latest. This is a ‘Puff Piece’ featuring adverts, Retail, cats, ghosts, plums, soil, and sewage accidents. I’ve got better things to do, like ads, than dig out ancient history. But

I bear down on the research.

To my astonishment, the old hall makes an appearance in Literature. It turns out the agency became notorious in 1960 as Bonis Hall became embroiled in the Lady Chatterbox’s Lover trial at the Old Bailey.

Dave is off at the crack of sparrows for London. He’s doing a Ted talk. His son Ted needs talking to. I don’t know what about. We finished doing ads about midnight. Then he had to do all the kerning and stuff. He must be knackered. He’ll be bringing more briefs back. That means more ads.

We have a Skype meeting about Bots, facilitated by a Bot. Various Bots join in. Such characters! We’re all meeting up for a drink at Christmas. There’s a meeting over lunch about renovating the agency swimming pool. Last August, Imogen from Finance gave birth in the shallow end. Very relaxing and calming.  We had Prosecco and tongue sandwiches.

All this has stopped me doing ads, luckily Dave has cracked the majority of them by the time I get back. These are Cannes winners. Definitely!

The old cat has gone, but a new one has arrived.

Another tedious argument with ‘Haitch R’ about how to pronounce HR. First, they say Hello a bit strangely, then bring in Helen, Haley and Harriet. Standing in a circle, they repeatedly shout their first names with hard Hs.

Being from Manchester, they usually struggle with that letter anyway.

I leave. There are great fields of copy waiting to be harvested. Dave is already there, stripped and ready, throwing concepts baled with twine on the conceptual conveyor. An unusual metaphor for this time of year, I know.

My Secret Santa turned out to be a tin of Lentil Soup. And the price limit was ten pounds. I know who you are.

A Happy Christmas to all. 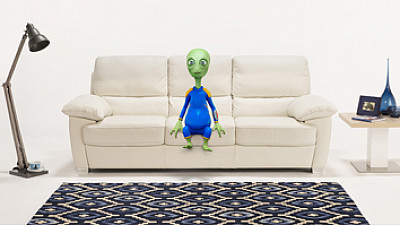 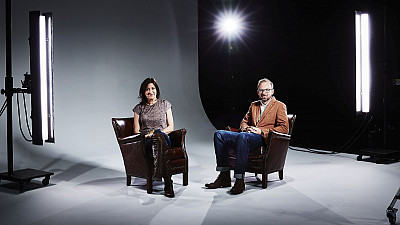 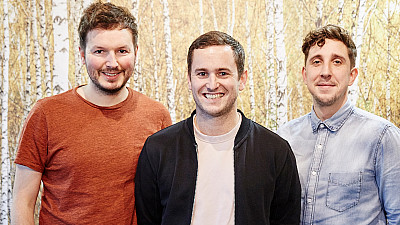 “Statement of intent” with trio of senior hires at McCann Manchester