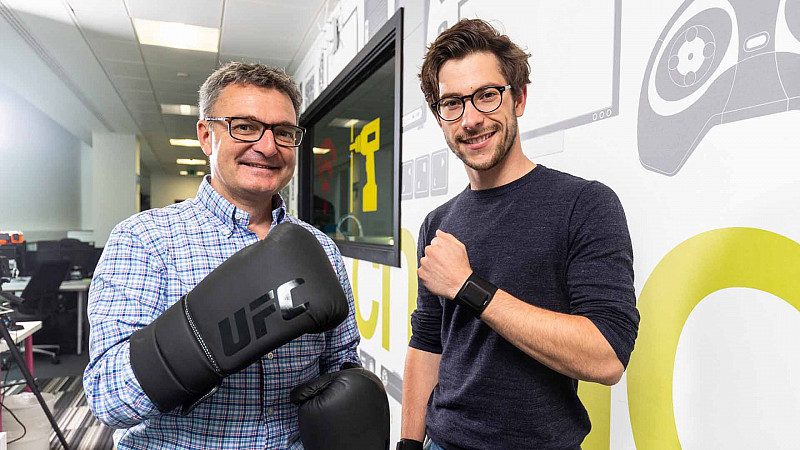 The creators of a wearable boxing tracker, which has been tested by Anthony Joshua and Team GB, are moving into Manchester.

Corner uses realtime tracking to help boxers focus on their training and hit their goals faster.

It was developed by duo, Charles Burr and Jerry Krylov at The Landing in MediaCityUK. They’ve now outgrown the incubator facilities and are moving to their own offices in the centre of Manchester.

“I remember day one at The Landing. For the first time we had two desks together and we could really set to work developing the product. It was a strange feeling but it was the best move we made. The Landing provided us with the co-working space we needed but it was so much more than that,” explained Krylov.

“The team at The Landing believed in us and were always looking out for us. They really understood what we were trying to achieve. They provided the user testing labs as well as the connections, investment and training opportunities. It’s been a phenomenal journey and we’re so excited to be ready to move on to our very own HQ.

“We have achieved so much in the last three years and we couldn’t have done it without The Landing. The future is really exciting. We also have lots of plans for developing the product further and for building our new HQ, which will incorporate a gym and a professional boxing ring where we can test the product as we develop it. We’ll also have a creative co-working space and photographic studio for other creative start-ups to use.”

The technology is currently being used by boxing pros and coaches, including the GB Olympic team.

“Through sheer hard work and a passion for their product, Jerry and Charles have created something that is state-of-the-art and is already having a massive impact in both professional and amateur boxing,” added Paul Billington, commercial director at The Landing.

“At The Landing, we are really proud to support rapid start-ups in the tech sector and Corner is a real success story as they are now ready to move on and launch their very own HQ and that’s exactly what we want for all our tenants.” 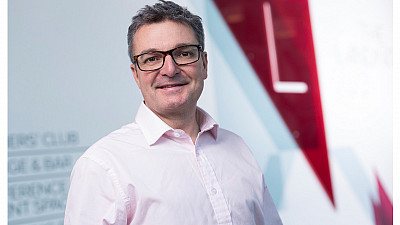 The Landing: the story behind its creation