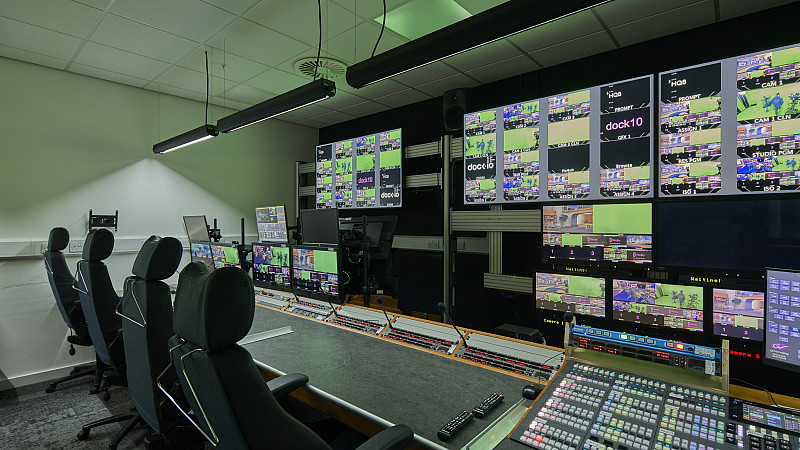 Leading TV production facility dock10 has invested £1 million in a new gallery solution designed to respond to the increased need for virtual studios and remote galleries.

Dock10's multipurpose gallery is co-located with HQ8, the studio which was opened in 2017 and has been upgraded to provide a virtual studio space.

It will serve as the production gallery for well-known spaces in dock10's home, MediaCityUK, including the Piazza and the 'open centre' at the front of dock10, which was used for New Year's Eve Live.

The gallery will work seamlessly with outside broadcasts and is connected to the dock10 network. There has been an increased demand for alternative locations for recordings and live events, following the successful implementation of remote production in international sport.

Andy Waters, Head of Studios at dock10, said: "We are keen to work with OB providers and the new gallery is designed to complement their service rather than compete with them. Live sporting events including the FA Cup Final and the Premier League have already been successfully delivered using our remote gallery service.

“Broadcasters, production companies, corporates and live events have all been adapting the way they work and discovering new ways to make content and live events happen. The next generation of virtual studios and remote galleries is a fantastic enabler for this, and customer feedback has been extremely positive. With our new spaces already booking up, I would expect we will be looking to create even more in the future."