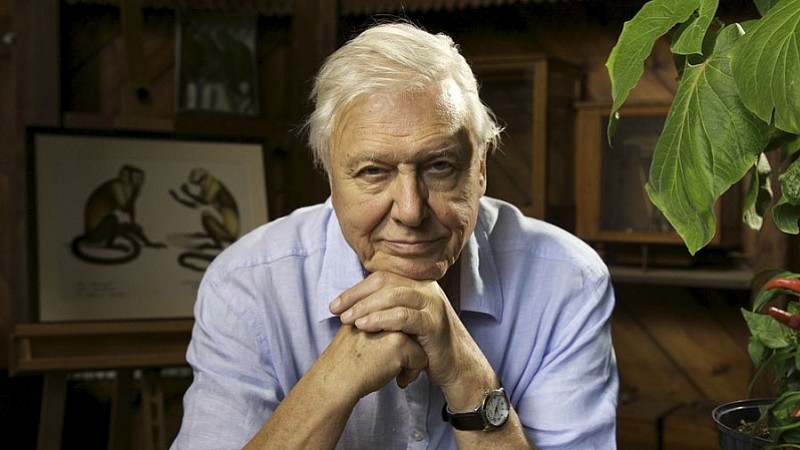 David Attenborough has joined calls to protect the UK’s “unique” public sector television and promote transparency of the debate around the future of Channel 4.

It comes following Oliver Dowden’s announcement that the government was examining the future of the broadcaster, including possible privatisation.

While best known for his wildlife programmes, Attenborough is a hugely influential figure in the history of the BBC, including 4 years as Controller of BBC Two, where he oversaw its first colour broadcasts.

He has co-signed an open letter to Dowden, alongside more than 100 other “prominent Britons” calling for an “open and transparent debate” into the future of Public Service Broadcasting.

Among the other names are:

The letter comes from British Broadcasting Challenge a pressure group formed by Pat Younge, the former Chief Creative Officer of the BBC.

“The UK PSBs’ national value has been clear during the pandemic, through the provision of news, innovative educational support, and programmes bringing comfort and relief to millions,” it states.

“But the very public service principles that have served us so well are under severe threat – not only from the unregulated streaming services and ‘click-bait’ content of big-tech companies, but also from government. BBC funding has been cut by 30 percent over the past 10 years – further reduced by ‘top-slicing’ to pay for non-BBC output – and faces more cuts in the next funding settlement. At the same time, the safeguards supporting the PSB structures at ITV, C4 and C5 have been undermined and would be further damaged by the privatisation of C4.

“In a post-Brexit, post-Covid world order, the soft power of our public broadcasters are a significant national asset, both politically through the BBC World Service and economically. Yet successive funding cuts have slashed regional and local broadcasting at the very moment when more investment is needed to support local democracy and accountability, while further cuts to the World Service will diminish it at a time when Britain needs it most.”

“We are concerned that the government is being advised by a panel not set up under the Cabinet Office guidelines, meeting in secret with no public record of its agenda, discussions or recommendations. We take a different view. We believe that this is the moment – in an era of misinformation and the ‘weaponised’ politicisation of news and opinion – to build up our Great British public service broadcasters rather than diminish them; to stop short-sighted political and financial attacks; to provide a vision for the future that allows our PSB system to grow as a trusted, independent, network that is worthy of the UK, its citizens and the world. We believe this is an opportunity for an open, honest public debate that explores the world class advantages that our unique PSB system gives us now and – with imagination and political will – can give future generations.  It’s time to look at what we have and construct a shared vision for making it ever better.”

Elsewhere the National Union of Journalists and UK screen body, Pact have also responded to the potential privatisation of Channel 4.

“It’s hard to see any justification for privatising Channel Four other than ideology. C4 has achieved what it was asked to do and has proved a hit with viewers.  So, if it isn’t broke, why is the government proposing the fix of privatising it?  Four years ago, the government said it would continue to be owned by the public and it should honour that promise,” stated Paul Siegert, NUJ National Broadcasting Organiser.

"Channel 4 plays a critical role in the UK's broadcasting ecology as a publisher/broadcaster which has invested in hundreds of independent production companies over the nearly 40 years of its existence, enabling and improving access, skills, international activity and diversity.

“The channel is a thriving dynamic and successful public service broadcaster and a catalyst for generations of entrepreneurs. The Government’s plans to sell off Channel 4 will damage small businesses across the UK at a time when they are recovering from the pandemic and rebuilding their businesses. The current Government’s thesis that bigger is always better is an archaic concept from an analogue past.

"Pact is very concerned about the Government's proposal for the future of Channel 4, as their profits are reinvested in hundreds of British companies who not only make high quality, diverse programmes for the British public, but exploit their IP around the globe taking those programmes to international audiences and bringing money back to the UK economy.

"This proposal will damage British SMEs at a time when we should be focussing on building back better after the pandemic."