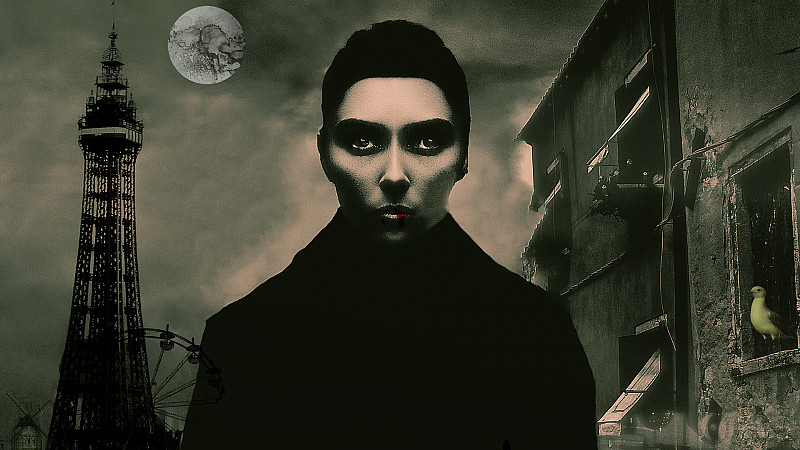 Kisses in the Dark is described as “sinister and disturbingly romantic” and is set in Blackpool, where a supernatural killer is at work.

Producer & Director, Paul Ludden explained that initially he put a call out on social media for scripts for the series “The Pod Play”, which premieres plays as podcasts. Marty Ross, who wrote Kisses in the Dark, got in touch saying he’d been trying to get the project off the ground for some time.

“I loved the idea of helping to bring Marty’s truly original creation to life and the fact that it was gritty, so different to anything else out there plus it would be something that listeners would have to invest some time in, allowing us the time needed (and not always given) to tell the story of the two main characters, Tusk and Kate, over a few episodes…seven, as it turned out,” explained Ludden.

“In terms of casting… I knew after reading the script for the first time that Rhiannon would be perfect for the part of Kate. She came on board as soon as she had read the script for episode one.

“I’ve always been a massive admirer of Con’s work, in fact when Marty sent me the script I’d just finished watched ‘Chernobyl’ which I thought, like many others, was one of the best TV series I’d ever seen, and he was brilliant in it. I got in touch with Con, sent him the script and like Rhiannon he agreed to come aboard after reading Ep1. I’m not going to lie, getting someone like Con involved was a massive coup for us and definitely gave the production some real kudos. He has been brilliant all the way through, as have all the cast.”

Ludden added that recording almost 7 hours of audio for the series during lockdown was a “massive ask”.

“Virtually all the audio was recorded using Zoom with no face to face recording at all because of lockdown restrictions. Our production partners on Kisses in the Dark (and The Pod Play) Listening Dog Media have done a brilliant job in post-production creating a truly epic feel.

“Ultimately, I think we’ve all created something really special with “Kisses in the Dark” and I hope everyone can find a few minutes to Subscribe to the podcast and leave us a review on iTunes after they’ve enjoyed “binge listening” to all seven episodes. That would mean a lot to me, the writer, the actors and the production team ”

“I’ve a long track record in writing creepy, disturbing audio drama for the likes of the BBC & Audible, but Kisses in the Dark is a particular passion project, rooted in my life-long love affair with the seaside resort of Blackpool where, like many a kid from my native Glasgow, I would spend my every childhood holiday, less enthused by the amusement arcades than by haunting the town's back street newsagents for their stockpiles of strange psychedelic horror comics (and it was on Cleveleys beach, which also features in the story, that I first decided, at the age of 15, I was going to try pursuing a career as a writer!).

“The seeds for the idea of setting my own visionary, poetic horror story against the backdrop of Blackpool were perhaps planted then and there, the town's mix of the surreal and the down-to-earth making it the perfect setting for the story's mix of the fantastical and the grittily real.”

“Kisses in the Dark” and “The Pod Play” are available now. 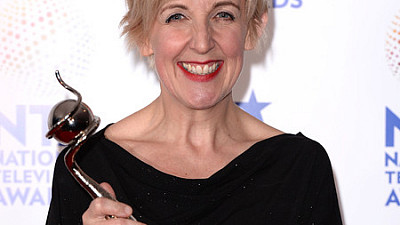 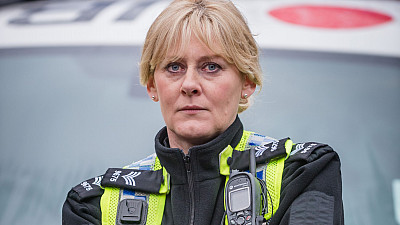