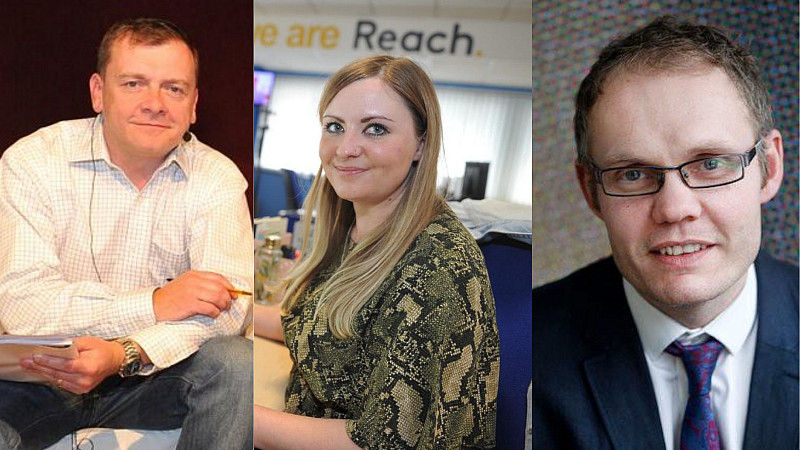 In a restructuring of Reach’s regional titles, there are a number of new editors filling key roles across the North.

There has been two promotions at the top level, as well as three senior editor positions filled across Yorkshire titles.

Helen Dalby, currently editor-in-chief of titles in the North East, will become the audience and content director for a new North East and Yorkshire region.

Neil Hodgkinson, editor-in-chief for Yorkshire and the Humber, has been made Marketplace publisher for a number of titles across Yorkshire, the North East, and local titles in Scotland.

After overseeing the transformation to HullLive as digital editor, which was named website of the year at the Regional Press Awards, Jenna Thompson (pictured, centre) has been given the title of Senior Editor for Yorkshire and Humber.

Jenna will continue to work closely with the HullLive and GrimsbyLive newsrooms as well as supporting the YorkshireLive team, who produce the LeedsLive and YorkshireLive websites.

Jamie Macaskill (pictured, left) becomes editor for both HullLive and GrimsbyLive, where he will lead on audience and content delivery for the two digital brands.

Jamie’s time at Grimsby has included the transformation into the GrimsbyLive brand, and audience growth for the site being boosted to 10 million page views a month.

Formerly a news Editor at Manchester Evening News, before going on to become an editor at both the Huddersfield Examiner and LeedsLive, Wayne Ankers (pictured, right) has now been made Editor for YorkshireLive.

Wayne has played a key role in establishing and leading this new digital powerhouse brand since March as head of news for Yorkshire.

Wayne will still lead the teams in Yorkshire and work closely with Jenna to drive both audience numbers and loyalty, building the brand and establishing best practice as the new site matures.

Helen Dalby, audience and content director for Reach in Yorkshire and the North East, said: “I’m delighted that we have appointed Jenna, Wayne and Jamie to our senior editorial leadership team in Yorkshire.

“They will do a brilliant job of leading our talented and committed newsroom teams and growing digital brands in Yorkshire, Hull and Grimsby and I’m looking forward to working closely with them.”