Sports Direct has blamed the weak pound for seeing profits fall by 58.7%, but plans to rebrand as "Selfridges of sport"

The Group released its preliminary results this morning, which showed that its overall revenue had increased by 11.7%, but profits had fallen from £275m to £113m year-on-year.

“We will continue to invest and make decisions for the long term, whilst trying to conservatively manage the currency volatility that is reflected in our full year results.

“As previously announced, the devaluation of Sterling against the US dollar has led to a significant impact on EBITDA and profits in FY17. We have put in place hedging arrangements to minimise the short-term impact of currency volatility, but like many UK retailers we remain exposed to medium / long term currency fluctuations. Our results were also impacted by provisions and depreciation charges.”

Ashley added that the Group was going through a turnaround to become “the Selfridges of sport” by updating its store portfolio to showcase “the very best products from our third party brand partners.”

“We have invested over £300m in property over the last year, and I am pleased to report that early indications show that trading in our new flagship stores is exceeding expectations,’ he continued.

The Group has also confirmed that the former group finance director of logistics and distribution firm, Wincanton, will fill the vacant chief financial officer position. 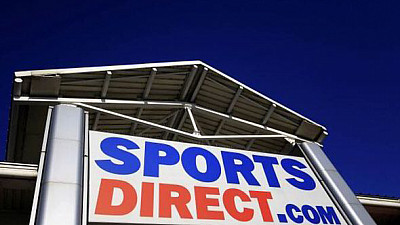