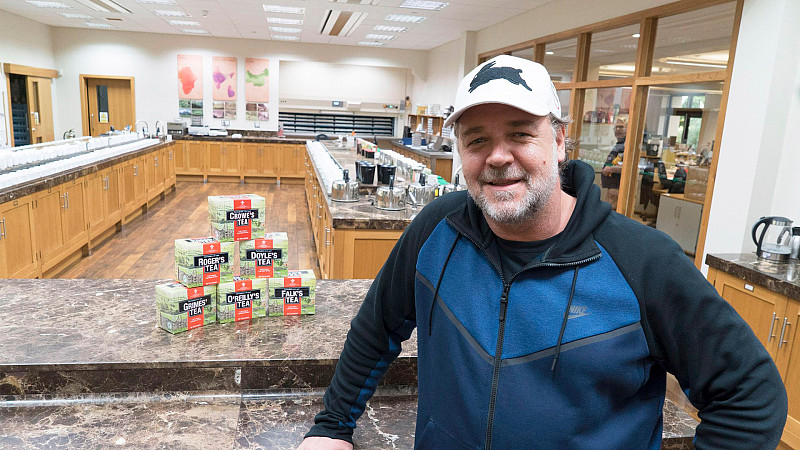 A touch of Hollywood landed at Yorkshire Tea’s Harrogate head office, as Russell Crowe dropped by for a cuppa.

The Oscar-winner has been on tour in the UK with his band, but stopped off in Yorkshire due to his love of Leeds United (long story) and rugby league.

His band, Indoor Garden Party, popped in to Yorkshire Tea, to play an acoustic gig for staff.

“It was a complete surprise for staff when Russell and the band parked up their tour bus for a tea break on their way to the City Varieties. We can’t thank them enough for dropping by and treating us to a performance. Coincidentally it was the day after we celebrated Yorkshire Tea’s 40th birthday, so the band’s visit signified our second ‘Indoor Garden Party’ of the week!” said Dom Dwight, marketing director at Yorkshire Tea.

The brand, knocked up some specially designed, Crowe’s Tea, products, to welcome the Gladiators star.

“There are an extraordinary amount of stars who love a proper brew and regularly sing Yorkshire Tea’s praises. When we get a chance to say thank you, we like to do it properly!” he continued.

The team followed Crowe to his next gig in Leeds, to distribute free brews and Crowe’s Tea, to audience members. 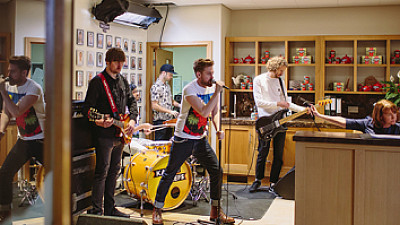