A Week In My Life: Nick Appleyard, Editor of the Sunday Sport 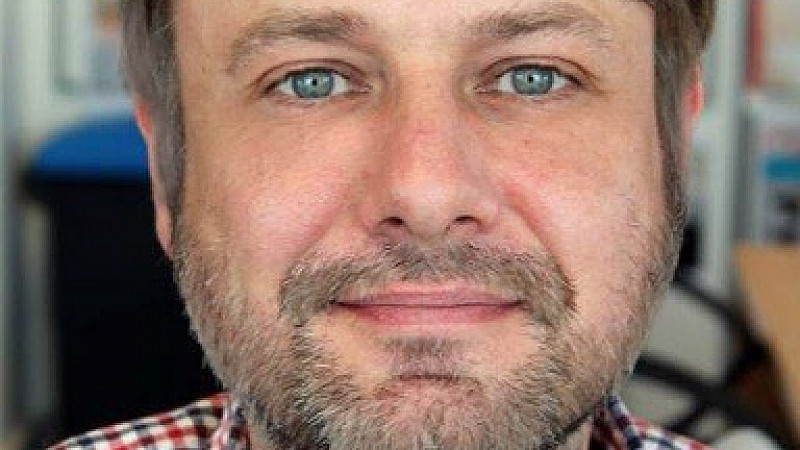 Nick Appleyard, editor of the Sunday Sport newspaper, runs us through a week in his working life. To suggest another senior media or creative figure to feature in A Week In My Life, please email david@prolificnorth.co.uk

The week begins at 7am with a social media huddle - where we gather on the beanbags to assess and review our performance on Facebook, Twitter, Instagram and Grindr over the weekend. The atmosphere is electric.

Head of Future, Gary Doran, has some exciting news - Ricky Gervais has spotted our story about an old lady whose cat has been possessed by Noel Edmonds and has retweeted it to his 11.5 million followers. You can’t buy that kind of PR. Well, you can, but we won't pay for it.

We’re keen to change perceptions of the Sunday Sport. Many people think it’s just topless women and rude adverts. Obviously it’s both of those things, but the paper is also bursting with unbelievable, world-beating exclusives which, frankly, leave many of our rivals open-mouthed.

The first Sunday Sport editorial conference of the week and the name on everyone’s mind is Donald Trump. As luck would have it, News Editor Jess Galley has taken a call from a man called Chuck Parker from Boise, Idaho, who says he’s been cuckolded by a Donald Trump lookalike sex dwarf.

As editor, it's up to me to ensure the story is not the figment of some madman's imagination. If the story is not accurate, we would be a laughing stock. "Is this story true?" I ask Jess. "Yes", she replies. I breathe a sigh of relief. The story can go in.

An independent film company has come to our Old Trafford HQ to pitch Sunday Sport: The Movie to us. They’re describing it as "The Office on acid". It's an exciting time and big Hollywood names have already been linked to the project. We can't name names just yet - but they are big names.

A movie would allow the world to see what we’re like here at Sunday Sport. We’re not all sweaty fat blokes in macs huddled over typewriters. Some of us have computers.

Everyone in the printed media industry is managing a decline in sales. The future of newspapers is online but it’s no easy task to make money out of it. The Star, Sun and Mirror have seen the runaway success of the Mail Online and they’re throwing wads of cash into their own websites.

Our publisher David Sullivan is not one for spending time and money on things that don’t give a return (he’s a billionaire for a reason). So, for now, our strategy is to sell as many newspapers as possible.

We spend four hours today in what we like to call a "blue sky imagineering cluster". Holed up in a room overlooking Lancashire Cricket Ground, we wrestle with the question: “How do we sell more copies of Sunday Sport”.

The decision is to produce a “free paper within the paper” once a month. A bit like the Observer Food Monthly, but without the food.  Viz with breasts is probably the best way to describe it. Gary, Head of Future, assures us that soon we'll be "kayaking in the revenue stream". Impressed, we all applaud and send out for lattes.

The paper is 90% full, the main stories are subbed and it's time for the initial proofread. This takes two to three hours to do properly, correcting errors of fact and ensuring we've followed the Sunday Sport style guide to censoring swear words.

Inconsistent use of asterisks to censor profanities makes me feel physically sick. It’s been a tough week – but it’s always tough in this business. By four o’clock, we’re shattered and ready for home. But we press on – and head down the road for a pint to discuss tomorrow’s strategy.

It's edition day – the culmination of a week’s hard work and nerves are at breaking point. A major news story, be it a royal death or a bizarre badger-related suicide in west Wales, can lead to the paper being literally ripped apart.

Saturday is also when we carry out the most important job of the week: the Nipple Count. A mistake here would destroy our credibility forever. The count is checked, re-checked and then checked again. When I’m happy – and only then – I give the nod to Head of Technical, Chris Sanderson. He pushes a button and another edition of Sunday Sport flies through the ether to our print sites around the world.