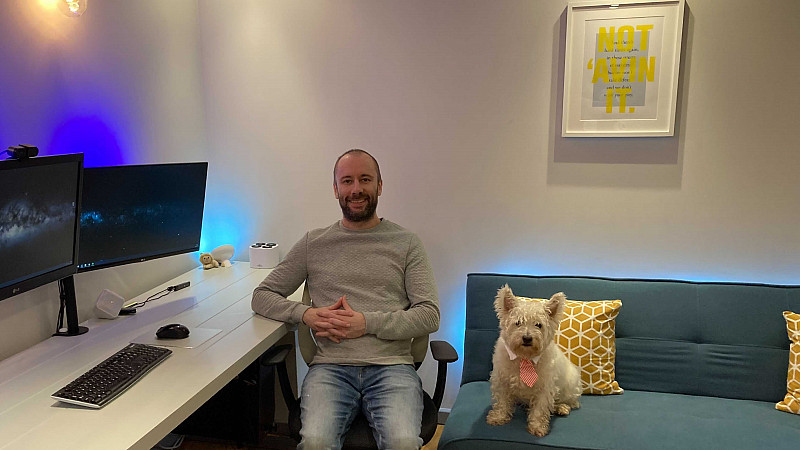 At theEword, he manages new business as well as its finances. He's also been working on Re-x labs, the incubation facility which theEword has created to help clients build new technologies. He has a strong background in digital marketing and technology, and is the Chair of Forever Manchester, which raises money for causes all around the city.

Having already spent some time working from home, here's what the shift to WFH every day has looked like for Al.

Where in the house do you work?

I have a dedicated office space downstairs, which I finished renovating during lockdown. Even though the last stage was just to paint and put up some wall lights, I now feel capable enough to tackle a much larger project like building an entire hospital. It's peaceful and spacious here, and there's enough space for a "micro-gym" (some weights that I occasionally move around) and a sofa that my dog sleeps on.

I'm a fan of automation, so when I walk in the office, a ceiling sensor turns on the lights, my monitors and a device I've bought recently called a Moodo. This is a scent emitting box that makes my office smell like a spa, and I think it's amazing but no one I talk to about it does.

I've always worked from home to some degree so this room has been in the making since we moved into this house. I've devoted a lot of time to thinking about what makes the space perfect for me because it's where I spend most of my time.

Paint a picture for us of the view from your window.

My office has no views. There's a window to the side that's frosted but on my occasional trips to the kitchen all I see is tree-tops. We sit on the edge of a hill so the view from one side of the house gives the feeling of being in a tree-house, whilst the back looks onto a park.

We're halfway between city life and the countryside, which - without really planning it that way - fits into where we're at in our lives. The nearest Starbucks is just an eight minute drive, but we're overrun with squirrels, foxes and aggressive snails.

If you have one, can you talk us through your home-working daily routine?

I get up early every day. Not to "Crush It", or "Be More Bezos" - I either naturally wake up early or there's an animal screaming nearby. I don't have an exciting morning routine: tea, toast and work, with a dog walk around 8am, then a daily Zoom at 9am.

Enforced WFH has given me more of an opportunity to think about what routine makes me the most productive, and it's less about the makeup of my day, and more about the week.

I need to have unrestricted free time during the week to work on the bigger projects in the business. Last week was meeting-heavy, and whilst it was productive in a way, it didn't feel like I could move the business forwards as much as I wanted to. I'm now more conscious of how my week looks and push out meetings to keep free time. 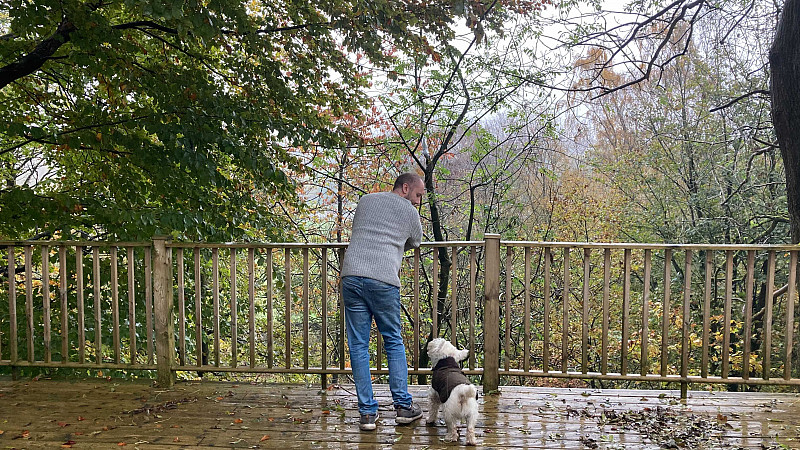 "We're halfway between city life and the countryside"

Which tools and technology do you rely on when working from home?

I have a tech-focussed setup. My role at theEword is partly around building new solutions, so I haven't escaped my love of developing. That means three monitors plus a TV, and that volume of screens makes me believe that I've achieved something with my life. We rely on the platforms everyone else does - Slack, Trello, Zoom - and they serve us well.

The tech that I've found most useful during COVID-19 is healthtech. At the start of lockdown we ran virtual fitness classes with the team, and since then I've been doing my best to stay healthy using Fitbit, MyFitnessPal, and begrudgingly my wife's Peloton.

I've learned to respect it as a thing of beauty and - hopefully - life-longevity. As much as tech gets a bashing, I can see why healthtech can have a huge impact on human happiness - we're barely scratching the surface.

What do you miss most about working from an office?

I miss the distractions that help break up the day, and the visual reminder to eat lunch when you see others doing it. It's too easy to be head-down on something and then you pop-out of the other end and it's 3pm and you're malnourished. I miss the team - and we have a great team - and the ad-hoc conversations that make the day better. Deep down I miss hearing about other people's lives and living their experiences.

I do miss the space we have in Manchester. It's a beautiful office, and the third floor is like a studio with high ceilings and natural light. I don't miss Deliveroo though, the "occasional" delivered lunch really starts to rack up.

What tips do you have for increasing productivity while working from home?

I work longer hours when I work from home. It's not healthy, but I balance it out in my mind because I love what I do... but it's still not healthy. My advice, which is more to me than anyone, is to get away from your desk more. Have a coffee in the kitchen, go outside for ten minutes. I don't need to give myself permission, it's not a sin to take a break (he says to himself).

I think the human mind is both amazing and stupid. I know when I'm getting mentally bogged down and starting to lose energy, but there's an elasticity to that thought that means it can be days before I realise I really need to do something about it. What's more difficult now is that I can't just go to the gym. I've spent a lot more time in the garden doing jobs that probably don't need to get done that often, and embarked on more DIY in the last three months than in my entire life.

That's my way of keeping active when the options are limited.

At the start of lockdown, we were getting a lot of Amazon deliveries and sometimes there would be a knock on the door during a Zoom call, or just when I was focussed on something. Most of the things we buy aren't urgent, so we use the Amazon Day feature that groups all your items into a single delivery on a day. That minimises the interruptions.

Will you look to work from home more in the future?

100%. It just doesn't make sense to be in the office every day of every week as, for me, the benefits of homeworking outweigh the cons. The last six months have been many things, one of which is a full-on test of working from home. I had never worked from home more than two workdays in a row, and had COVID-19 not happened then I wouldn't have tried it out.

What I've found is that, with effort and thought, it's possible to work from home for extended periods, and stay sane and productive. In the future I think the best option is to have two or three days a week working from home. With that in mind, we extended our lease during lockdown because we're always going to need a base.

That decision was partly based on an absolute need to be together at times, and partly because we all want, or desire, to work somewhere that isn't our homes.

How do you think the workplace will change in the future?

For most traditional, "office-based" roles, travelling to a building every day and sitting in a room from a rigid 9am to 5pm makes no sense. A company and its clients have to come first, but that rarely dictates the location and start or end times for a human being. For some companies there's a fear of allowing people to work from home, as if somehow control is lost and that leads to a reduction in output. That's more of a reflection on the hiring process than the concept of working from home.

There has to be trust between employers and employees, and as the rules change, employers need to rebalance how they view their employees. I told my first boss “40% of sick days are taken on a Monday or a Friday”, which he believed was a great example of how employees can’t be trusted.

Some roles just require someone to be in the office, and some people don't want to work from home. The workplace of the future has to be a hybrid; to accommodate those that want or need to be in the office to either work or meet clients, and for those who want to work from home more to reduce their commute or just to generally spend more time at home.

What's needed to make that work is the technology and policies in place to allow people to work from home, to set the boundaries and the priorities and to empower employees to make their own decisions around where they're going to be today.

In the short-term, I see employees making career decisions based on the availability of working from home and flexi-time. It's not just about finding a role that helps you have a better life by allowing working from home, it's deeper than that. If an employer could allow working from home but doesn't, what does that say about the employer? 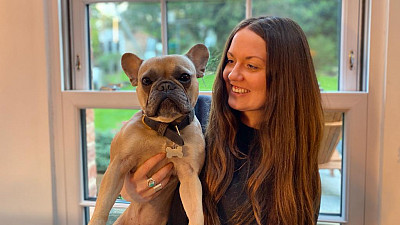 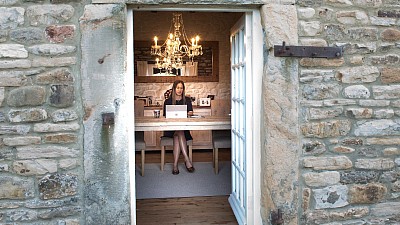 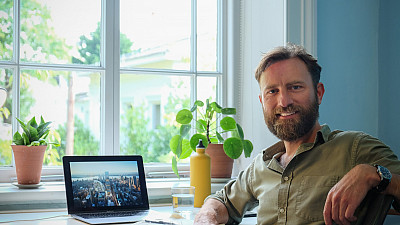