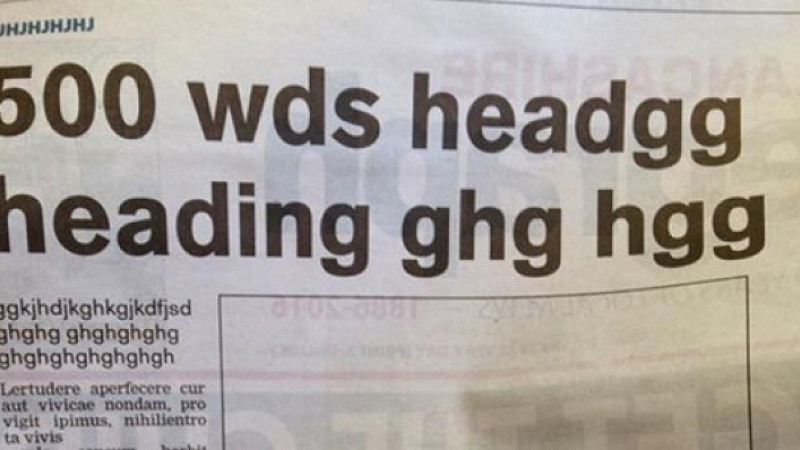 The Lancashire Telegraph has printed half a page of gibberish, apparently written by “A REPORTER”.

The gaffe was spotted by a Reddit editor, who printed the page in full, complete with the headline: “500 wds headgg heading ghg hgg” and random latin words - no Lorem Ipsum here. It may be coincidence, but Newsquest has been rolling out new production techniques which mean that journalists, rather than subs populate the newspaper’s pages.

Over the years, Lancashire Telegraph has shed a number of sub editor positions as Newsquest transferred part of its production operation to South Wales - although this unit is set to close.