Two sexually explicit adverts for telephone chat lines on the back page of the Sunday Sport have been banned by regulators.

The publisher of the Manchester-based newspaper, Worldwide Digital Media, claimed the move would amount to censorship.

Worldwide Digital Media argued that the newspaper was clearly targeted at adults and had run similar ads before and received no complaints.

It also claimed that to “prohibit the ads from being placed in the newspaper, would be highly selective and restrictive, and would amount to censorship on the UK’s free press”.

The complaint was made by campaign group Not Buying It, which is currently hosting petitions against the Daily Sport and advertising on its website.

Though the Advertising Standards Agency cleared similar ads inside the newspaper, it said their appearance on the back page could expose them to children.

In its ruling the ASA said that “if the paper was left in public places or around the house, the ad could be seen by children”.

It added: “We also understood that the Sunday Sport was usually displayed in retail stores alongside other newspapers in a readily visible position (as opposed to appearing on the top shelf), and therefore the back page was more likely to be seen inadvertently by children.” 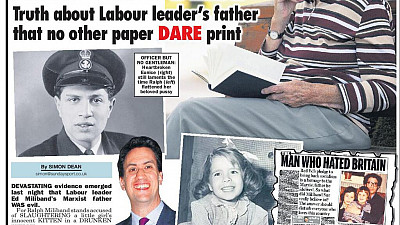