Region's largest residential development set to go ahead at MediaCityUK 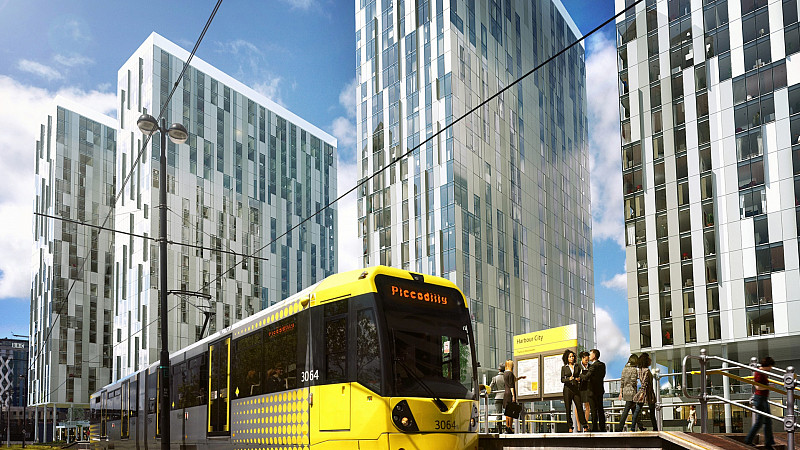 Developers are to resubmit plans next week, for four 26 storey tower blocks in Salford Quays. Described as the largest residential development in the North West of England, they would contain 1,100 apartments, a gym and cinema.

Set to be built next to the Harbour City tram stop on Michigan Avenue, the amended plans include more flats, but less commercial space and more than halving the number of car parking spaces available.

X1 Developments and Knight Knox International say that 95% of Tower 1 has already been sold and 80% of the second tower. Prices range from £95k for a studio apartment to over £189k for a 3 bedroom flat. Car parking is being sold starting at £15k per space.

They expect the towers to be completed by 2017.