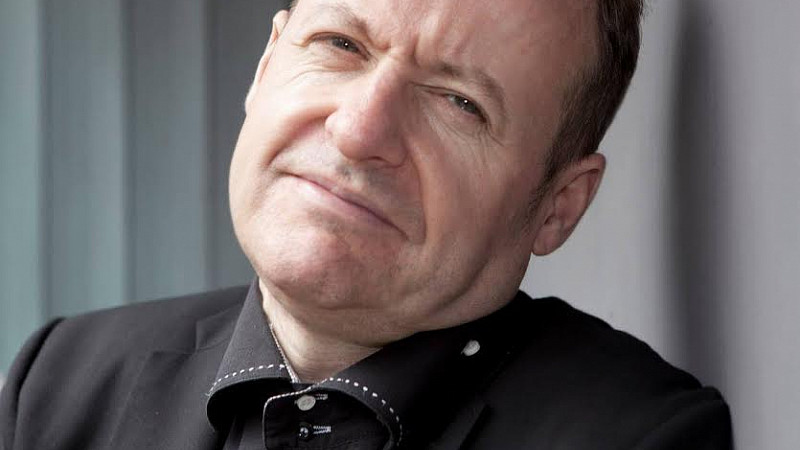 This week it's Tony Murray, former editor of Adline and The Marketeer and currently research editor for the Hong Kong Trade Development Council. He places the North's longing for devolution in an international perspective - and argues we'd be much better off cosying up to Brand London.

To be fair, Newcastle and Leeds may get some headspace if a scholastic cousin has stopped off there for a top-up degree or two. While Liverpool is home to China’s Second Favourite Western Band, though those lovable Merseyside moptoppers will never oust the mighty Carpenters from the affections of true Orientals everywhere. London, though. Now there’s a brand. Its Sherlocked skyline beguiles the world. Ancient, yet modern. Packed with pinstriped gents opening doors for one another, yet resolutely roguish, creative and wry.

I’d say pretty much everyone has heard of London. Though not all of them would plump for it being in England. Or even Britain. Those in the know, might give a nonchalant nod at a UK connection. As a Blighty brand, though, only a Beckham could cow the capital. And there’s the rub.

There’s a Creative Power Vacuum in the East (Asia. Not Thurrock). Ten years ago, teenaged Chinese mainlanders dreamt of life in the States, naively seeing their country’s status as an emerging economic powerhouse as a ticket to some kind of global prom. Here they would nuzzle close to their Yankee contemporaries, partners in some Bold New World Order.

Sadly, it’s not worked out quite like that. A decade on – with the two powers having spent much of the interim chiselling away at one another’s reputation, moral standing, intentions, territorial claims and personal hygiene - it’s clear that that prom is well and truly cancelled.

Concurrent with this has been China’s reluctant acceptance that its days as the Workshop of the World are surely numbered (pretty big numbered, admittedly). How long, then, before the People’s Republic becomes Asia’s answer to Ancoats, with loft living and tiny bars its only hope of redemption?

Well quite a while actually. Even before the “Global Financial Tsunami” (© China Daily, 2008), the PRC was already looking to scale the value chain. “Made in China” is so last year’s five-year-plan. Now “Conceived, Designed and IP-Registered in China” is the priority for each far-flung province, as they court Beijing’s approval with every patented solenoid tweak.

In truth, though, for all of China’s many claims to fame, building brands isn’t one of them – although the country faces a double imperative in its bid to do so. Not only does it want Middle Kingdom merchandise to tussle for podium space with the world’s biggest brands, it also has to convince its own cynical consumers that its domestic output isn’t substandard, knock-off shite. That’s a legacy issue right there.

China’s middle class is burgeoning, buoyed by higher wages, urbanisation and a deliberate bid by central government to jumpstart domestic consumption. When the western markets got Financial Tsunamied, the mainland’s exports of Practically Everything Practically Froze. It’s not a situation the PRC wants to see repeated. Ever.

These canny consumers though, bizarrely, will only trust mainland-produced products when they’ve proved themselves in overseas markets. Only if it’s good enough for Flixton is it good enough for Fujian?

There’s a window then, a narrow one. And it’s already closing. China – then, later, wider Asia – want to learn how to build brands. And they don't want to learn from the Americans. Almost by default, Brittyland is arguably better positioned than any country in the world to capitalise on this.

In China, English – the language – is synonomous with internationalisation. Recent generations have been forced en masse to learn it. Until very recently, you couldn’t graduate from a mainland university – whether you were studying theoretical physics or ceramics – unless you’d passed a fairly hefty English exam.

With our transatlantic cousins marginalised, China’s bid for international brand recognition sees the UK promoted to poll position. There are, after all, advantages to being perceived as spent colonial force and no real threat to anyone’s emerging hegemony. Who knew?

With London clearly the UK’s own brand champion, it may well be in the interests of the Northern Powerhouse to be a little less Northy. Think less M62 Corridor and more Greater London.

Capitalising on the capital may be the North’s Last Best Hope. Prolific Slightly Less South, anyone?

Tony Murray was editor of Adline and The Marketeer as well as group managing editor of The Drum before moving to China in 2005. He has since worked for the China Daily, Bauer Hong Kong and Gafencu Men. He is currently research editor for the Hong Kong Trade Development Council. His views here are personal and do not reflect Council policy!