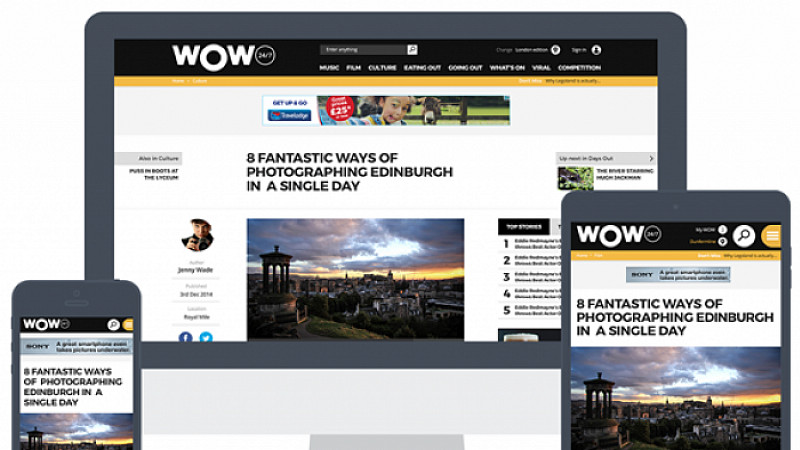 The company publishes many of the North's local newspapers including The Yorkshire Post and Lancashire Evening Post and in March reported a pre-tax loss of £23.9m for last year alongside a 20% increase in digitial revenues.

It says a network of ‘City Editors’ in ten key cities across the country, including Manchester, Newcastle, Leeds and Sheffield, will be tasked with providing local entertainment content such as film information, food & drink, music, gaming and the arts.

There are also interviews, blogs, galleries, competitions and reviews as part of the complete overhaul of the WOW247 site – which launched as a national listings site in 2012.

A spokeswomen said there were three people working full time on WOW247, managing the content, and they had built up a network of more than 200 bloggers to contribute to the site which they are continuing to grow.

He said: “The new platform and brand have been created to engage with a younger, mobile and social audience,”

"The new WOW247 is a massive leap forward, offering us a dynamic, well-designed platform to make the most of our great content. As well as showcasing the work of our ever-growing team of contributors, it offers a compelling opportunity to commercial clients and partners, and we have ambitious plans to grow the audience significantly over the next year.”

Improvements include the site being responsive to users devices and feature a new logo and branding.

“Having carried out extensive audience insight and research work, we realised we needed to shift the WOW proposition to meet the expectations of an urbanite audience,” added Thomas.