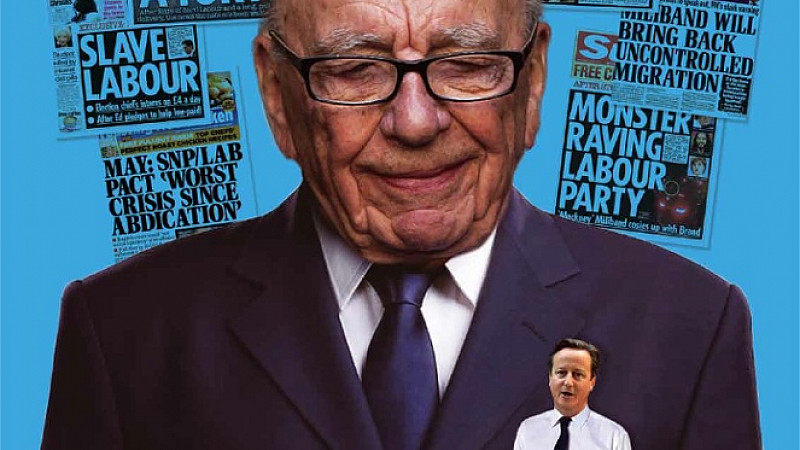 Steve Coogan has backed an online campaign telling voters to ignore election coverage from right-wing newspapers like The Sun and the Daily Mail.

Coogan, who last week starred in a video revealing his support for Labour, is supporting the campaign from online activist group Avaaz, which is also backed by Hacked Off. The ad from Avaaz

A newspaper ad will feature a picture of David Cameron tucked into Rupert Murdoch's jacket pocket, underneath the headline “Vote for who you believe in, not for who he tells you to.”

Coogan said: “Rupert Murdoch and the Daily Mail have had British politicians in their top pocket for decades.

“The smear and fear agenda they have peddled over the past few weeks has been pretty shameful. Thankfully we don’t have Fox News on TV, but sadly this election has shown that we do have it in printed form.”

John Cleese and writer Irvine Welsh also back the campaign, with the former Fawlty Towers star adding: "The fear and loathing that has come out of the Mail and the Sun this election has been hard to stomach.

"The threat of Leveson-style independent self-regulation being imposed on many of these media owners means that they are throwing the kitchen sink at keeping the Conservatives in power. The British public are smart enough to know what to listen to and what to ignore, but this is worrying.”

Avaaz is running the campaign in regional newspapers covering marginal seats across Britain, among a range of other websites.