Sunderland Echo moves out of the city 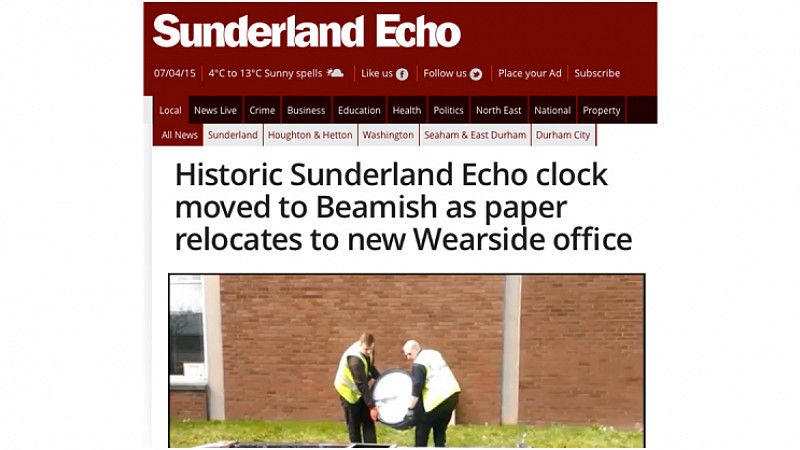 The Sunderland Echo is to move to new premises 6 miles outside of the city centre.

The Johnston Press title will be based in Rainton, which is half way between Sunderland and Durham. The announcement has received some criticism from local readers saying that the newspaper should remain in the city.

“I understand that business choices have been made. But the city centre is where the city story is told in the buildings, the people shops culture etc,” wrote one commentator on the paper’s website.

“I feel an opportunity has been lost to integrate itself visibly back into the city."

The historic clock, which has hung outside Sunderland Echo offices since the 1920s, has been removed and donated to the Beamish Museum.