Move over Hull, Manchester's the real city of culture 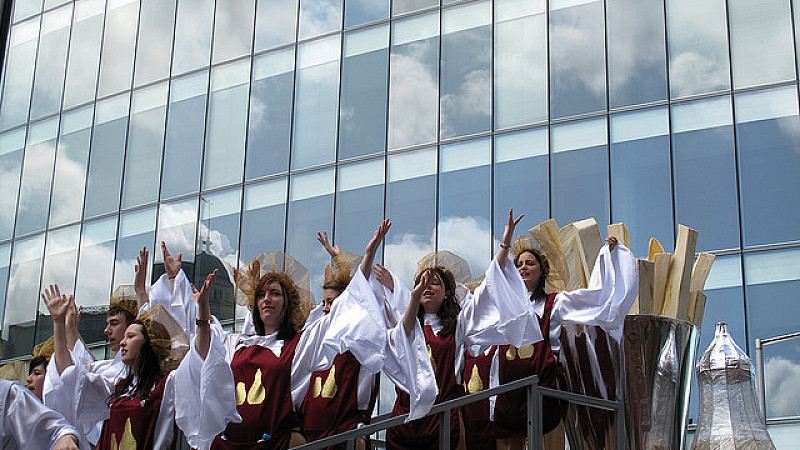 Picture from Manchester International Festival by Andy Miah on Flickr.

It may come as a surprise to Hull but Manchester is actually the UK’s new ‘cultural capital’.

So says David Atkinson in the travel bible Rough Guide any way.

In an article which comes up with ten reasons why the North West hotspot deserves the title, Atkinson says the city has re-invented itself.

He says: “Today Manchester dominates the headlines with a slew of galleries, venues and festivals. It’s home to some of the UK’s most forward-thinking developments, one of the coolest music scenes and a fast-expanding range of great hotels and restaurants.

“Then there’s Russell T. Davies’ new Channel Four series, Cucumber, set along Canal Street in Manchester’s Gay Village, and the Royal Exchange Theatre’s Hamlet, set to be screened in cinemas across the UK.”

The list of highlights includes, inevitably, the music scene and the international festival. You can read the full list here.

What do you think? Would Leeds or Newcastle give Manchester a run for its money or is it truly the capital of cool.